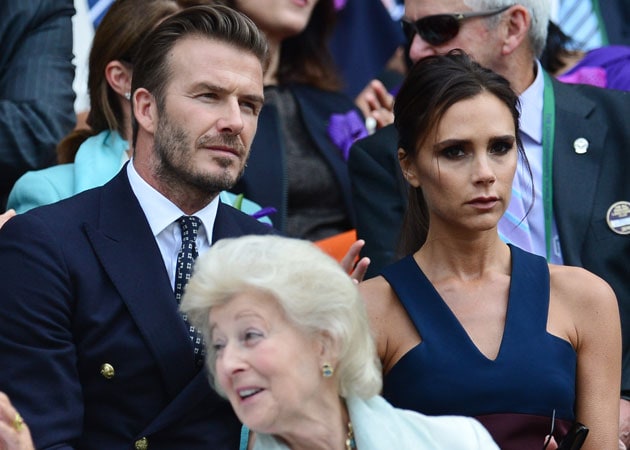 Victoria Beckham claims to be addicted to SoulCycle classes.

Victoria claims to be "addicted" to SoulCycle sessions, she admits they are difficult.

Singer-turned-fashion designer Victoria Beckham enjoys attending SoulCycle classes with her husband David and their sons.
The 40-year-old former Spice Girls singer, who is the mother of Brooklyn, 15, Romeo, 11, Cruz, nine, and Harper, two, said she feels delighted to be a part of the family exercise program, reported Contactmusic.
"They brought in some little mini bikes so Romeo and Cruz could do it too. It was the cutest thing," she said.
Beckham generally works out with celebrity trainer Tracy Anderson.
Victoria claims to be "addicted" to the sessions, she admits they are difficult. "I had dinner, funnily enough, with Gwyneth Paltrow and Valentino and I told Gwyneth, "I've seen your pictures recently and your body looks amazing."
"So I started when I was pregnant and got addicted. It's very challenging," she said.
While Victoria doesn't regret putting her pop star days behind her, she misses dancing. "I don't miss being on stage - though it was great at the time - but I do miss dancing. I was a dancer before I was a member of pop band Spice Girls."