Watch Parineeti, Varun Rehearse For Jaaneman Aah in This Video

Jaaneman Aah has been choreographed by Ahmed Khan. Composed by Pritam and with lyrics by Mayur Puri, the song has been sung by Antara Mitra and Aman Trikha 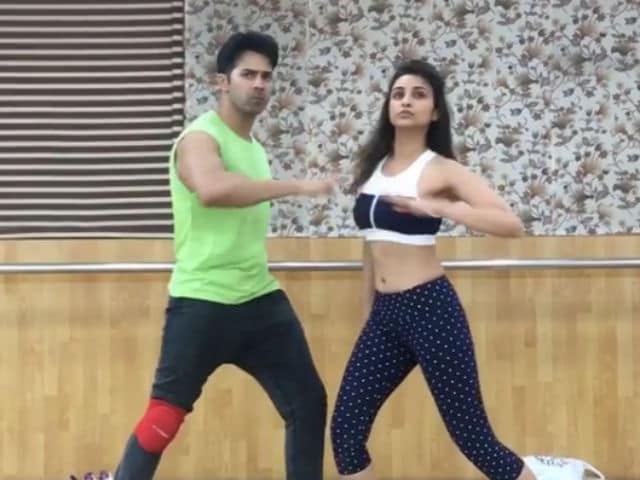 A still from the video. Image: (Parineeti)

Actress Parineeti Chopra and Varun Dhawan looked fabulous in the song Jaaneman Aah from Dishoom and on Friday, the 27-year-old actress shared a behind-the-scenes video in which they are seen rehearsing for the song.
Parineeti, who spent all of last year working on her new toned physique, made a comeback of sorts with Jaaneman Aah. This is amazing, Varun and Parineeti. Great work.


Throwback to the time when VD made sure we rehearsed till we dropped!! Haha @varundvn #JaanemanAah

This is the result of those strenuous rehearsals.

Jaaneman Aah has been choreographed by Ahmed Khan. Composed by Pritam and with lyrics by Mayur Puri, the song has been sung by Antara Mitra and Aman Trikha.
Dishoom also stars Jacqueline Fernandez and John Abraham in lead roles while Akshaye Khanna, also returning to screen after a while, plays the antagonist. This is the first time Varun is collaborating with his brother, Rohit Dhawan, who directs the film. The film is scheduled to release on July 29.
Meanwhile, Parineeti Chopra will soon be seen in Meri Pyaari Bindu, in which she plays an aspiring singer and will also sing a track. The film also stars Ayushmann Khurrana and will release next year.