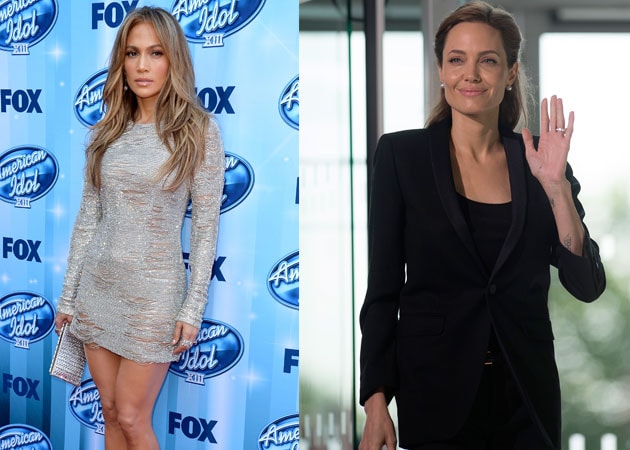 Singer-actress Jennifer Lopez says when she was married to singer Marc Anthony she felt like actress Angelina Jolie.

Singer-actress Jennifer Lopez says when she was married to singer Marc Anthony she felt like actress Angelina Jolie. (Also Read: Jennifer Lopez Says That Being a Singer has Been "Challenging")
JLo, who has six-year-old twins Max and Emme, with her ex-husband, loved spending time with his other children, Ariana, 20, Cristian, 13, and Ryan, 10, from previous relationships because it gave her a sense of what life must be like for Jolie, who has three adopted and three biological children with fiance Brad Pitt, reports FemaleFirst.co.uk.
"When I was married to Marc, he had two boys, a girl and a stepson so there were four children - (with the twins) there were six. When we went out, it was like Angelina and Brad. We had that flavour and I loved it," JLo was quoted by New York City radio station Sirius XM as saying.
JLo, who previously admitted she is a strict mother, is teaching her children to be charitable because she doesn't want them to grow up spoilt.
"They're growing up so differently than me. I grew up in the Bronx - we shared a bed until we were 16 and it was so different. (Emme) and (Max) have their own rooms; we live in a big house. When we go to grandma's house, they're like, 'Grandma's house is small.'
"It occurs to them that this is different, so my whole thing is about teaching them to be aware of the world and realising that we are in a position now that we can help other people."
"I'm like, 'You realise that you don't just throw food out - we eat food and if we don't want it, we don't ask for it.' I'm always trying to put that in their minds. We're in a different position and we have to be more giving," she said.
Marc Anthony and JLo got married in 2004 and recently reached a divorce settlement almost three years after they announced their split.