Why Shraddha Kapoor Did Not Sing For Half Girlfriend

"If I felt Shraddha couldn't express, I wouldn't have agreed to have her sing," said Mohit Suri 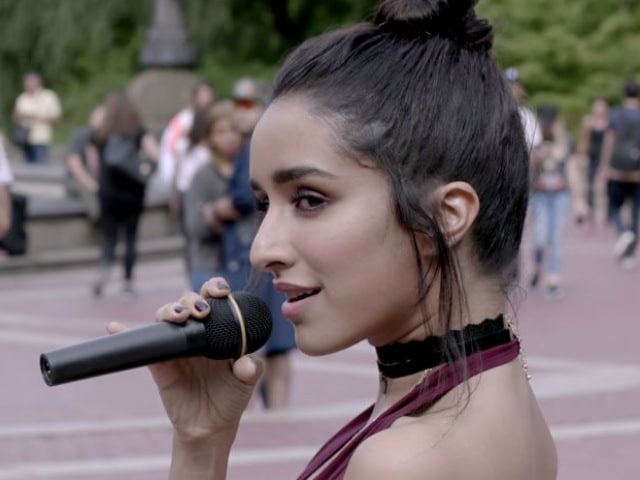 Shraddha Kapoor in a still from Half Girlfriend

Actress Shraddha Kapoor has already made her singing debut with the song Galliyan from 2014 film Ek Villain and also wanted to contribute to the music of her upcoming film Half Girlfriend. The 30-year-old actor indeed had director Mohit Suri's approval for singing for her new film but opted out of it, reported mid-day. According to mid-day, the director revealed that Shraddha did not sing for the film after she learnt that the title song has already been recorded. "Shraddha said she wants to take a shot at singing a song in Half Girlfriend. I agreed to it, obviously. But when she came to know that someone had already sung it, she said, 'It will look bad if I replace her. If you had come to me first, I would have done it.' So, she has not done any singing for this one, unlike her other films," mid-day quoted Mohit Suri as saying.
When Mr Suri was asked if professional singers are preferred over newcomers, he told mid-day: "To be honest, everything can be corrected through technology these days, but you cannot correct the expression. If I felt Shraddha couldn't express, I wouldn't have agreed to have her sing."
Shraddha Kapoor has also sung Do Jahaan from Haider, her movie with Shahid Kapoor and the unplugged version of Bezubaan Fir Se, also from her dance drama ABCD 2. Shraddha has starred as a singing superstar in her debut film Aashiqui 2, co-starring Aditya Roy Kapur. 2016's Rock On 2 also cast Shraddha Kapoor as an aspiring rock singer.
Meanwhile, Shraddha stars as a Delhi-based basketball player in Half Girlfriend while Arjun Kapoor plays a college student, who hails from Patna. The film is the screen adaptation of Chetan Bhagat's novel Half Girlfriend and is scheduled to hit theatres on May 19.