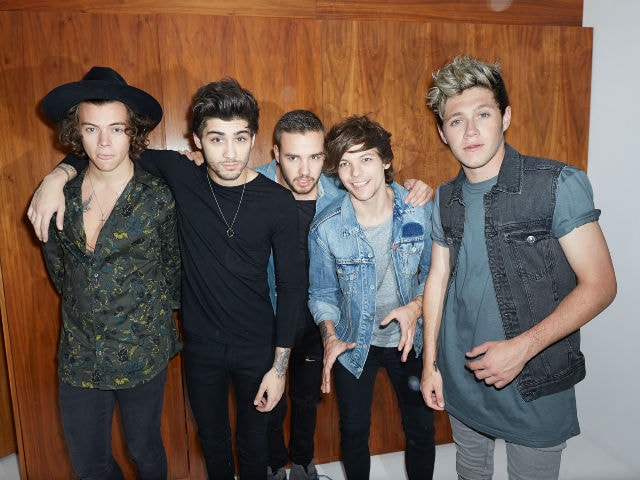 This image was posted on Facebook by One Direction

Zayn Malik is developing an NBC TV series called Boys which will depict his life and experiences in One Direction band. The drama will offer an inside glimpse into the excitement and competition as well as the pressures of being in a successful group, reports Variety.
Written by Sherri Cooper Landsman and Jennifer Levin, the project mirrors some of Zayn's experiences with former bandmates Harry Styles, Niall Horan, Louis Tomlinson and Liam Payne. Talking about the super producers, Dick Wolf and his wife Noelle Wolf, the 23-year-old musician said, "Dick Wolf is a legend and the opportunity to work with him and NBC to create a compelling drama series is awesome.'
The former One Direction star is executive producing the show alongside the Wolfs.
In an emotional note to his fans, former One Direction star wrote, "Dear Fans I have been working over the last three months to overcome my extreme anxiety around major live solo performances. I feel I am making progress but I have today acknowledged that I do not feel sufficiently confident to move forward with the planned show in Dubai in October"
The singer star also assured his fans that "all tickets will be refunded."
He went on to express "I am truly sorry to disappoint you. I hope to see you all soon. Thank you to all my fans, who support me globally. With love and respect always, Zayn."
(Except for the headline, this story has not been edited by NDTV staff and is published from a syndicated feed.)