2.0: Rajinikanth Is 'Unparalleled.' But You Knew That, Right?

2.0: Rajinikanth started dubbing for the film on Monday and has already completed much of the work 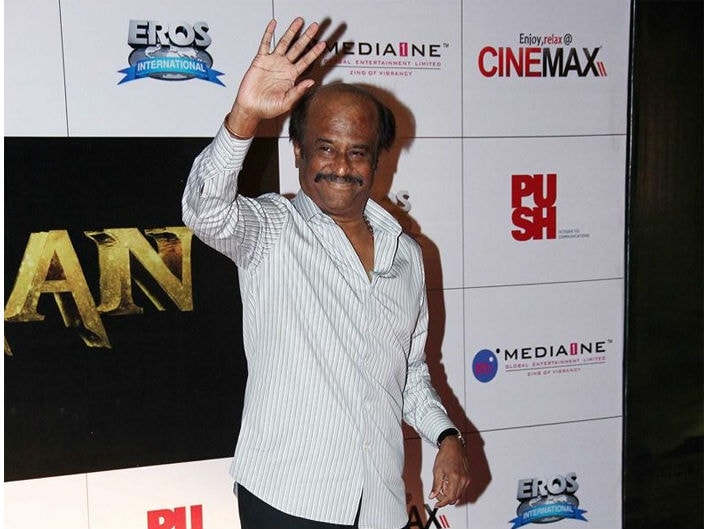 Rajinikanth's 2.0 will release during Diwali

Superstar Rajinikanth is as admired for his work ethic as he is for his absolute swag on screen. The 66-year-old star, who started dubbing for his highly-anticipated film of 2017 2.0 on Monday, finished much of his work in a single day and moved sound engineer Resul Pookutty to raptures on Twitter. Resul, who won an Oscar for his work in Slumdog Millionaire, works with the likes of Danny Boyle. Rajinikanth is 'unparalleled,' he tweeted (you're preaching to the choir, Resul). Dubbing for 2.0 began some days ago and Rajinikanth's dialogues were scheduled for Monday. "The commitment & virtuosity our thalaivar @superstarrajini has is unparallel. Finished three reels in one day, I'm amazed at the way he works!" (sic), tweeted Resul.


The commitment&virtuosity our thalaivar @superstarrajini has is unparallel.Finished three reels in one day,I'm amazed at the way he works!

A blessed soul,I can feel it when I spend time with thalaivar @superstarrajini Thank U for making me a part of your life!He is full of love! pic.twitter.com/aoLoTDnu2W

Resul Pookutty earlier tweeted about the dubbing schedule of 2.0.

Enroute to a chennai to start the dubbing with our own @superstarrajini for #2.O

Resul Pookutty told iFlickz on Monday, "Yes, we would be trying out a different sound format specially modified for 2.0 in final mix of the film, the details of which I can't reveal now. We have started dubbing almost two weeks ago and 50 per cent of it is done. Rajini Sir started to dub today."
2.0, reportedly made on a budget of Rs 400 crore according to news agency IANS, is the sequel to 2010's Enthiran (Robot in Hindi), where Rajinikanth played the double roles of Dr Vaseegaran and Chitti the robot.
Rajinikanth will be reprising both roles in 2.0. Actor Akshay Kumar will also be seen in the film as the antagonist Dr Richard, who transforms into a bird-like creature after a failed experiment. 2.0 will be Akshay's debut in Tamil. The film also stars Akshay's co-star from Singh Is Bliing, Amy Jackson, as the female lead.
Rajinikanth last appeared in this year's Kabali which was a blockbuster.
Directed by Shankar, 2.0 will see Sudhanshu Pandey of Khiladi 420 and Singh Is Kinng cast as a villain. Parched actor Adil Hussain is also a part of the film, scheduled for a Diwali release.