A Baahubali 2 Update: The Trailer Of S S Rajamouli's Film Is In The Making

Baahubali 2: A new update has been shared by cinematographer K K Senthil Kumar on Twitter on Thursday and reveals that the trailer of the much-anticipated film is currently underway 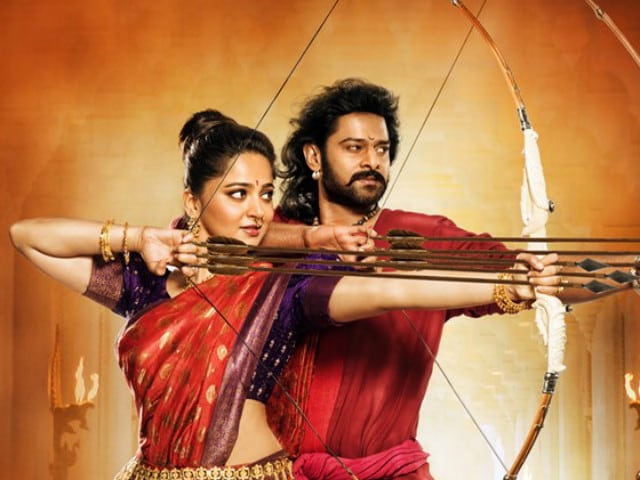 Baahubali 2 Update: A poster of the film

Team Baahubali: The Conclusionis keeping us constantly posted by sharing updates, pictures and interesting posters on social media. A new update has been shared by cinematographer K K Senthil Kumar on Twitter on Thursday and reveals that the trailer of the much-anticipated film is currently underway and can be expected anytime now. The cinematographer tweeted a picture from inside a theatre at the Annapurna Studios, and wrote, "Working on Trailer of Baahubali 2. Making sure everything is fine with the screen calibration, with #CVRao and #ShivaKumar (sic)." Senthil Kumar features in the picture with Kotagiri Venkateswara Rao, who is the supervising editor for visual effects.
This is what the cinematographer of Baahubali 2 tweeted on Thursday:


At#AnnapurnaStudios Working on Trailer of #Baahubali2 Making sure Everything is Fine with the Screen Calibration, With #CVRao & #ShivaKumarpic.twitter.com/BsvKlOO6Js

Both actors Rana Daggubati and Prabhas will reprise their roles of Bhallala Deva and Mahendra Baahubali in the sequel of S S Rajamouli's magnum opus Baahubali: The Beginning. However, Prabhas will be seen playing dual roles - he will feature as Amarendra Baahubali, Mahendra's father, who was killed.
Team Baahubali 2 released a new motion poster on Shivaratri:

Meanwhile, talking about the film, Rana told news agency PTI that Baahubali 2will be "bigger, better and stronger." He told PTI: "Baahubali 2 is bigger, better, stronger and mightier. I have come to know SS Rajamouli (director) for four years now as part of this four-year journey of Baahubali 1 and 2. It is constant learning with him and he provides with right strength and family atmosphere."
Baahubali 2 marks Senthil Kumar's seventh collaboration with the director after, who have previously worked together for Yamadonga, Magadheera and Eega. On Thursday, the director also congratulated Senthil Kumar for winning at the Nandi Awards, which is one of Telugu cinema's most prestigious awards. "The eye of Eega, Senthil Kumar, very happy that one of your finest works got recognized. Congratulations on the Nandi Award," he tweeted.
Baahubali 2will also release in Tamil and Hindi and is scheduled to release in April this year.