Aamir Khan Remembers K Balachander: He Was a Humble and Generous Man 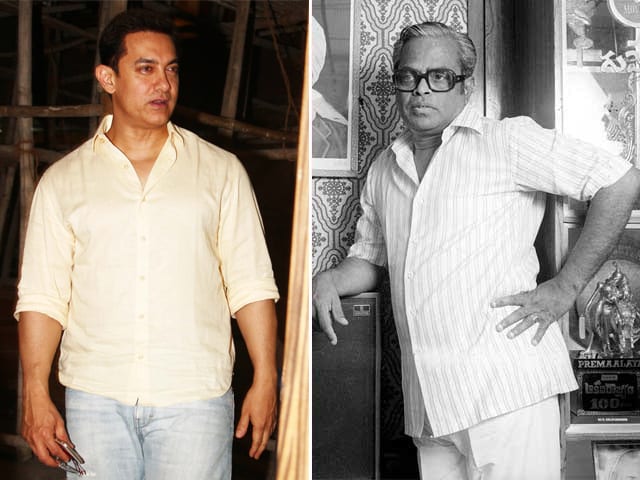 Filmmaker K Balachander passed away after a cardiac arrest on December 23.

Actor Aamir Khan, on December 25, remembered late Tamil filmmaker K Balachander, who passed away after a cardiac arrest on December 23, and said he was a humble and generous man.
Aamir remembered the legendary filmmaker on micro blogging site Twitter and also said that one of his most memorable evenings in 25 years was with Mr Balachander. (Also Read: Rajinikanth Pays Tribute To His Guru K Balachander)
He tweeted:

Mr. K. Balachander passed away on 23rd. A sad day for Indian cinema. His contribution to cinema has been immense. (1/3)

...And what a humble man. One of my most memorable evenings in my entire 25 years was with Mr. Balachander. (2/3)

...The generosity and warmth that he showed me will stay with me forever. My heartfelt condolences to the family. (3/3)

Mr Balachander was 84 and was undergoing treatment for renal issues at a private hospital in Chennai. He was given an emotional send-off in Chennai, where his last rites were held. Hordes of fans, friends and people from the film fraternity gathered to bid adieu to the filmmaker. (Also Read: K Balachander, Southern Cinema's Trailblazing Director, Cremated in Chennai)
Mr Balachander had over 150 films to his credit, many of which left an indelible mark on the masses for their hard-hitting subjects and unconventional themes. His blockbuster movies include Aval Oru Thodarkathai (Tamil), which was remade as Anthulaney Katha in Telugu, Maro Charitra (Telugu), Ek Duuje Ke Liye (Hindi), and Thillu Mullu (remake of Golmaal).
K Balachander also gave breaks to noted actors Kamal Haasan, Rajinikanth, Saritha, Prakash Raj and Vivek. He won nine National Film Awards, the Dadasaheb Phalke Award, India's highest award in cinema, and was honoured with the Padma Shri, India's fourth highest civilian award, in 1987.