"The Centre's move is a good thing. It is courageous, was required and a welcome effort. There is no doubt it will help the country's economy to grow," the film star told reporters here 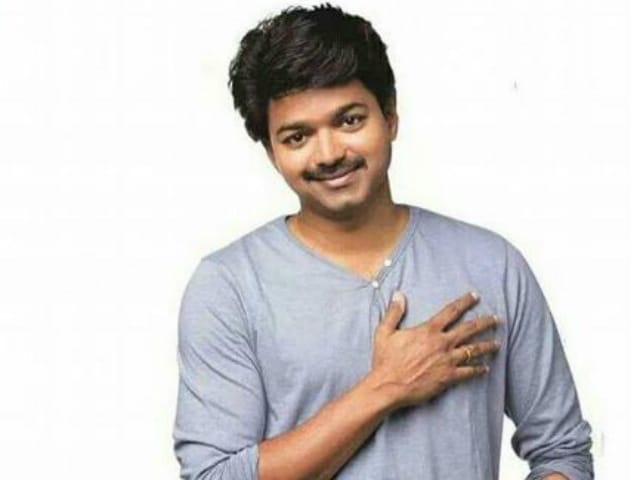 Tamil actor Vijay said Prime Minister Narendra Modi's scrapping of Rs 500 and Rs 1000 notes is "courageous" but the hardships faced by the common man post the announcement could have been averted by putting proper measures in place.
He said that "80 per cent of the population" was suffering owing to the "mistake" that may have been committed by some in the rich category, in an apparent reference to black money, "The Centre's move is a good thing. It is courageous, was required and a welcome effort. There is no doubt it will help the country's economy to grow," the film star told reporters here.
Vijay said difficulties faced by the public such as "inability to buy" essential items such as medicines could have been avoided while undertaking this measure.
"Many use Rs 500 and Rs 1,000 notes for daily transactions like going to theatres, malls and trading purpose. People like these are unnecessarily put to inconvenience," he said.
He also expressed concern over reported suicide by an elderly woman and the death of a child following denial of treatment at a hospital elsewhere in the country due to the demonetisation move.
"There could be 20 per cent (of the population) who are rich. A small percentage of them may have committed a mistake (black money) but what did the rest do?" he asked.
Vijay said there was no doubt that the Modi government's decision to scrap the high-value notes was an unprecedented effort. He, however, said that problems arising out of the move could have been foreseen and adequate steps taken to implement the scheme in a better way.
Vijay said the situation had "eased out now", but villagers and senior citizens were still experiencing some difficulty in exchanging the defunct notes. It would be desirable if the central government takes steps to sort out the issue soon, he added.
Vijay's view is perhaps the most balanced after superstars like Rajinikanth and Shah Rukh Khan lauded PM Modi's move on November 8.

Followed by veterans like Kamal Haasan and Rishi Kapoor:


Salute Mr. Modi. This move has to be celebrated across political party lines. Most importantly by earnest tax payers.

The inconvenience of the abolishment was tweeted by some celebrities who were cash strapped for cash to buy groceries or take public transport.


Just borrowed money from @RockyStarWorld to buy eggs what a day!

Cant take a rickshaw today. It's got to be an uber with a payTM account. Terrible few days for daily wage earners#realproblems

The now invalid notes can be exchanged at banks and post offices. Citizens have until December 30 to deposit or exchange old notes, after which the Reserve Bank will accept the invalid notes on certain conditions.