"Besides the families of Bobby and Reshmi, filmmaker Karthik Subbaraj and producer Elred Kumar were present at the wedding," revealed a source 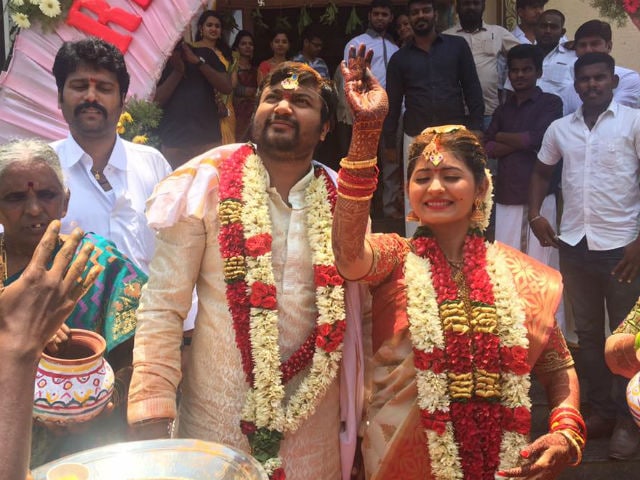 National Award-winning actor Bobby Simhaa and actress Reshmi Menon married in Tirupathi on Friday.
According to a source close to the couple, the wedding was attended by the families of the bride and groom, besides some close friends.
"Besides the families of Bobby and Reshmi, filmmaker Karthik Subbaraj and producer Elred Kumar were present at the wedding," the source told IANS.
The couple, who fell in love on the sets of last year's Tamil film Urumeen, will have their wedding reception in Chennai on Sunday.
Bobby made his acting debut with 2012 Tamil film Kadhalil Sodhappuvadhu Yeppadi and won the National Award for his performance in the critically acclaimed 2014 film Jigarthanda.
Reshmi has starred in Tamil films such as Burma, Maya and Kirumi