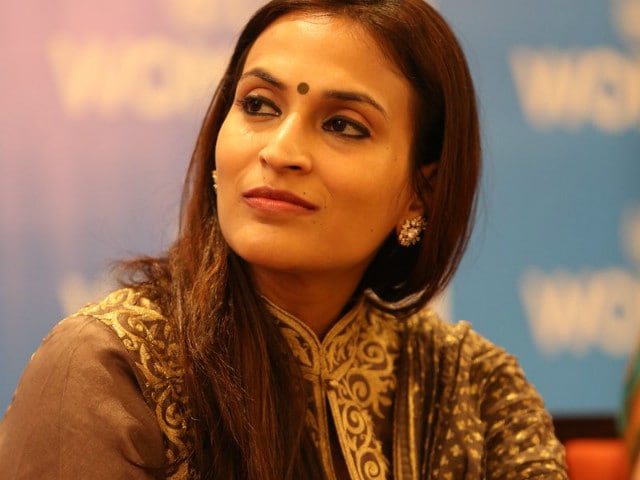 Noted filmmaker and actor Rajinikanth's daughter Aishwaryaa was appointed UN Women's Advocate for Gender Equality and Women's Empowerment in India on August 29.
Aishwaryaa Rajinikanth Dhanush's appointment was announced by Lakshmi Puri, UN Assistant Secretary General and UN Women Deputy Executive Director.
"Aishwaryaa will help raise awareness of UN Women's core message of gender equality and women's empowerment across India, boosting the organisation's efforts to close the gender gap and achieve a more equal world, a Planet 50-50, by the year 2030," a release in Chennai said.
Ms Puri was quoted as saying that Aishwaryaa, also a dancer, "inspires confidence in young women and girls across South India and beyond".
On her part, Aishwaryaa said it would be an 'honour' to serve as UN Advocate for Women's Empowerment.


"Gender equality is a subject close to my heart"@ash_r_dhanush cc @UN@UN_Women@unwomenasia#Planet5050pic.twitter.com/Wq1Oprwc8j

"This is the time to look back and celebrate how far we have come on #genderequality"@ash_r_dhanush#Planet5050pic.twitter.com/AEenBolUIU

Rajinikanth was quoted as saying that he was "proud and delighted" to see his daughter being associated with the UN.
Aishwaryaa joins other celebrities like actor-director Farhan Akhtar, tennis star Sania Mirza, British actor Emma Watson, Hollywood stars Nicole Kidman and Anne Hathaway and Princess Bajrakitiyabha Mahidol of Thailand "who have joined hands with UN Women to work for gender equality and the empowerment of women," the release said.