Allu Arjun and Sneha had a second baby on Monday. 'So happy right now, tweeted the actor 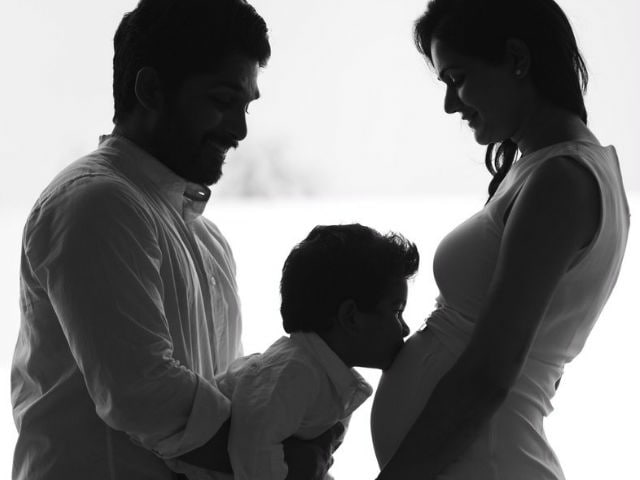 Allu Arjun with his wife and son. (Image credit: @alluarjun)

Telugu actor Allu Arjun and his wife Sneha Reddy welcomed their second child, a baby girl, on Monday. Allu Arjun, who is actor Chiranjeevi's nephew and Ram Charan Teja's cousin, announced the news with a tweet on Monday night. "So happy right now. One boy and one girl, couldn't ask for more," wrote the actor in his tweet. He also thanked those who wished him - these included colleagues like Kajal Aggarwal and Huma Qureshi. Allu Arjun and Sneha married in 2011 and their son, Allu Ayaan, was born in 2014. Allu Arjun, 33, is the son of producer Allu Aravind and Chiranjeevi's sister Nirmala.
Here's the new father's thrilled tweet:


Blessed with a Baby Girl ! Soooo Happppyyyyyy right now ! One boy & one girl. Could'nt ask for more. Thank you for all the wishes. Lucky me

Allu Arjun made his film debut in Telugu film Vijetha when he was only two-years-old. In 2001, he was cast in a cameo role in Chiranjeevi's film Daddy but his full-fledged debut was in K Raghavendra Rao's 100th film, 2003's Gangotri. Since then, Allu Arjun has featured in hit films like Arya, Parugu, Race Gurram, Desamuduru Arya 2 and Rudhramadevi. Kajal Aggarwal, who wished Allu Arjun on Twitter, has co-starred with him in the films Arya 2 and Yevadu.
Allu Arjun is a much awarded actor, having won Filmfare South and the prestigious Nandi awards.
Through his mother, Allu Arjun is related to several of Telugu industry's stars. His uncles are Chiranjeevi, Pawan Kalyan and Naga Babu. His cousins are actors Ram Charan Teja, Varun Tej and Sai Dharam Tej. Allu Arjun's younger brother Allu Sirish is also an actor. Their grandfather, Allu Rama Lingaiah, was a celebrated comic actor who made over a 1000 films.
Allu Arjun was last seen in April's Sarrainodu. His upcoming films are Duvvada Jagannadham and an untitled project with director Lingusamy.