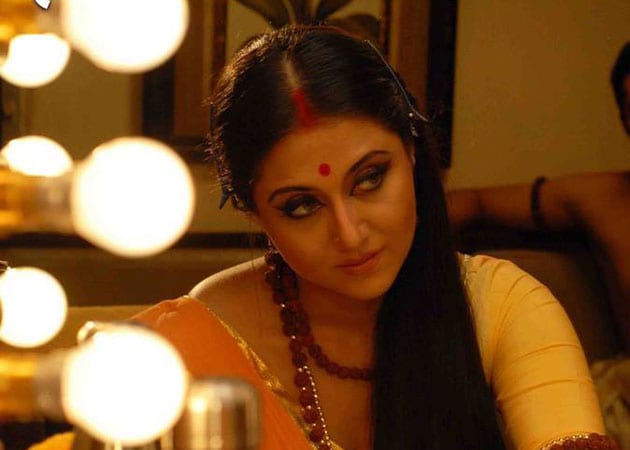 A section of intellectuals here on Tuesday pointed the finger at the West Bengal government for the detention of Bengali filmmaker Suman Mukhopadhyay in connection with the alleged suicide bid by Bengali actress Swastika Mukherjee.

A section of intellectuals here on Tuesday pointed the finger at the West Bengal government for the detention of Bengali filmmaker Suman Mukhopadhyay in connection with the alleged suicide bid by Bengali actress Swastika Mukherjee.
Police justified the action saying that there were attempts to "mystify the incident" and asserted that the injury to the actress was not accidental as claimed.
Police picked up the filmmaker on Sunday, a day after the actress - said to be close to Suman - was hospitalised with an injury on her arm fuelling speculation of a suicide bid.
However, her family members rubbished the claims and asserted that the actress fell down during a party, sustaining injuries. (Also read:Bengali Star Swastika Mukherjee in Hospital Amid Suicide Bid Rumours )
Known to be vocal against the Mamata Banerjee government, especially after one of his controversial movies was denied certification, Suman Mukhopadhyay was detained at the New Town police station for over 23 hours before being allowed to go home on Monday night.
"While several versions of the incident are doing the rounds, for me it was an accident and the good thing is she (Swastika) is now out of danger."
"I was interrogated on a lot of issues by various officers. I had to spend around 23 hours at the police station and was told by my lawyers that I may be arrested. They also made me sign an arrest memo, but later decided not to arrest me," Suman Mukhopadhyay said on Tuesday.
Justifying the need for questioning Suman, Deputy Commissioner of Police (Bidhannagar) Arnab Ghosh claimed there were attempts to tamper with the evidences which suggested that the injury to the actress was not accidental.
"We had to interrogate him because there have been attempts to mystify the incident. Contrary to claims by his family members that he was out of the country at the time of the incident, our investigation revealed that he was present at the place of occurrence," Arnab Ghosh told media persons here.
"As regards the injury (to the actress), prima facie it seems it is not an accidental wound. We are awaiting medical reports. Then we can ascertain conclusively (whether the injury is accidental or not)," Arnab added.
A host of eminent personalities, including legendary actor Soumitra Chatterjee, condemned the police action.
"I am saddened by the incident and strongly protest against it," Soumitra said.
Reacting angrily, noted educationist Saswati Ghosh said the overzealousness of police in the case was a clear indication of a political motive behind it.
"When no complaint was filed, then what is the reason behind the police's overzealousness?"
"In fact, the way police are being used as a political tool, people are fast losing faith in the administration. The irony is whenever a person is arrested, people think he is innocent and wonder if the action is politically motivated," Arnab said.
Echoing similar sentiments, eminent actor Kaushik Sen said he suspected some other reasons behind Suman Mukhopadhyay's arrest.
"Questions are bound to arise when there is no definite reason or evidence against Suman. He was detained for hours, but the way he was interrogated, it was amply clear that they did not have anything to ask. It's clear, there is some other reason behind his detention," Kaushik said.