Amitabh Bachchan To Be A Part Of Mohanlal's Randamoozham 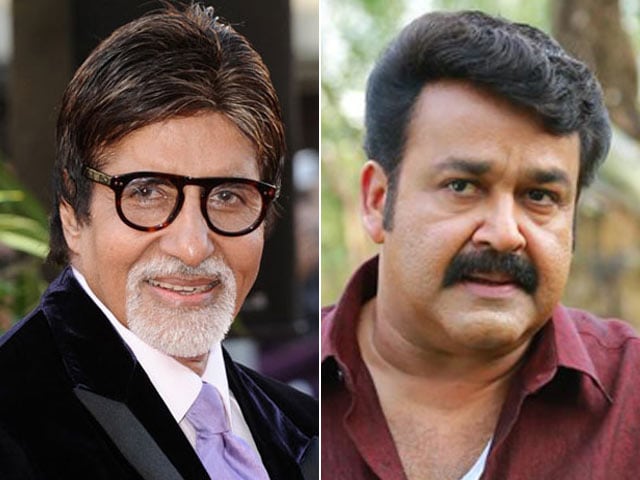 Amitabh Bachchan and Mohanlal have co-starred in two films

Superstar Amitabh Bachchan will be a part of Malayalam star Mohanlal's upcoming film Randamoozham, reports Times Of India. "Yes, he is the Bhishma of Randamoozham. We aren't taking any cinematic liberties with the character for the movie, he will be playing the role as it is in the book," director Sreekumar told TOI. It was also speculated that Aishwarya Rai Bachchan will be a part of Randamoozham, however, denying the reports, Sreekumar told TOI that they are still working on finalising the rest of the cast. Mohanlal plays the protagonist, Bheemasenan. Amitabh Bachchan and Mohanlal are collaborating for the third time for a film. Both the superstars earlier worked in Ram Gopal Varma's Aag, a Hindi remake of Sholay and later co-starred in the 2010 Malayali film Kandahar.
Mohanlal is awaiting the release of 1971- Beyond Borders and is currently shooting for Villain co-starring Manju Warrier and Hansika Motwani and meanwhile Amitabh Bachchan is prepping for the release of Sarkar 3. The Ram Gopal Varma-directed film will hit the screens on May 12 and stars Yami Gautam, Amit Sadh, Jackie Shroff and Manoj Bajpayee in prominent roles.
Earlier, TOI reported that Baahubali stunt director Peter Hein has been roped to direct the action sequences in Randamoozham. He told TOI that he is "glad" to be on board the "massive project."
Randamoozham is being made under a budget of Rs 600 crores, reports TOI. The film is based on M T Vasudevan Nair's popular novel Randamoozham.
Amitabh Bachchan was last seen in Aniruddha Roy Chowdhury Pink. The critically-acclaimed film won him Star Screen Best Actor Award.