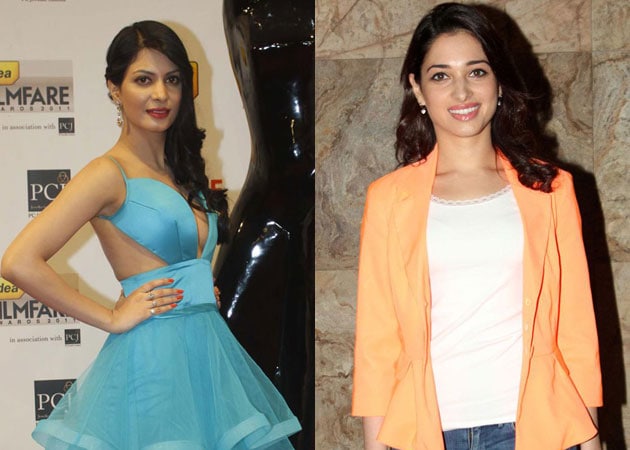 The casting happened after weeks of intense negotiation with Tamannaah, who apparently asked for an astronomical amount to act in the film.

Actress Tamannaah Bhatia, who made an unimpressive Hindi debut in Himmatwala, has lost the chance to play Shraddha Kapoor's role in the Telugu version of Bollywood hit Aashiqui 2.
The casting happened after weeks of intense negotiation with Tamannaah, who apparently asked for an astronomical amount to act in the film.
"There were problems with Tamannaah from the word go. Not only was she asking for an unreasonable amount of money, she was also not the film's co-producer and leading man Sachin Joshi's choice," said a source.
Finally, the role has gone to former beauty queen Ankita Shorey.
Confirming the same, Sachin said: "I felt a newcomer would fit the bill better. The role required someone innocent and unspoilt. Ankita Shorey is perfect for the part. Just as Shraddha Kapoor was in the Hindi version."
Ankita has been asked to stay away from viewing Shraddha's performance.
"We want her to interpret the role in her own way," Sachin said.
The Telugu version of Aashiqui 2 would have a happy ending.