Aparna Sen: Might do a sequel to Mr and Mrs Iyer 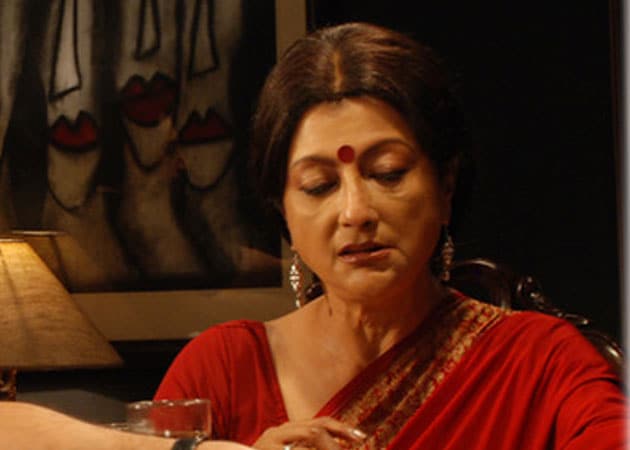 Award-winning filmmaker Aparna Sen is contemplating a sequel to her highly acclaimed Mr and Mrs Iyer with Konkona Sen Sharma and Rahul Bose reprising their roles from the 2002 movie.

Award-winning filmmaker Aparna Sen is contemplating a sequel to her highly acclaimed Mr and Mrs Iyer with Konkona Sen Sharma and Rahul Bose reprising their roles from the 2002 movie.
At the Abu Dhabi Film Festival (ADFF), where her Bengali comedy Goynar Baksho (Jewel Box) was screened Tuesday night, Sen sat down for a tete-a-tete and spoke about her new plans and her professional camaraderie with her daughter Konkona.
"I might do a sequel to Mr and Mrs Iyer, I'm not yet sure, but I just might do it," Sen said when asked about her next project.
Without divulging any further about the plan, she, however, said it was "obvious" that she will bring Konkona and Rahul back on screen again.
"If they (the characters) are meeting after 10 years, we can't have other actors playing them," she said.
An English language film, Mr and Mrs Iyer saw Konkona as a Hindu girl, while Rahul played a Muslim man. The film traces the escapades of these strangers against the backdrop of communal unrest. The story ended at a point when their characters went their own ways.
It will be interesting to see how the sequel brings them face-to-face again.
What Sen enjoys most perhaps is directing the talented Konkona in whom she sees a lot of herself.
Their understanding as a mother-daughter and as a director-actor duo has reflected through their past films - Mr and Mrs Iyer, 15 Park Avenue, Iti Mrinalini: An Unfinished Letter and now Goynar Baksho.
In Goynar Baksho, Konkona has delivered an effortless performance as Somlata, a timid girl who is entrusted with the responsibility of guarding a jewellery box owned by her aunt-in-law, whose ghost watches over her. Konkona's character stutters and she has managed it like a natural.
"Konkona is a very good actress, she is every director's dream. She is a very dependable actor, and not just for me, all directors like to work with her because she is a trouble-free person.
"She is very disciplined and comes on time. Besides, she seems to be able to pull off everything," said the proud mother.
Konkona, who couldn't make it to Abu Dhabi for the screening, was initially hesitant to stutter in the film, but then she agreed to it.
"She felt the stutter would turn out to be too fake. She wanted me to find someone who stutters so that she could pick it from there, but I insisted that she must stutter because her character was too good to be true.
"I said, 'Please let's do it' and she pulled it off," recalled Aparna, who has been an actress herself. She did films like Akash Kusum, Joy Jayanti and Alor Thikana.
Does she find a lot of herself in her daughter?
"Yes, a good part of it. I see a lot of myself in her", she said.