Aparna Sen on FTII Row: There May Be Possibilities of 'Saffronisation' 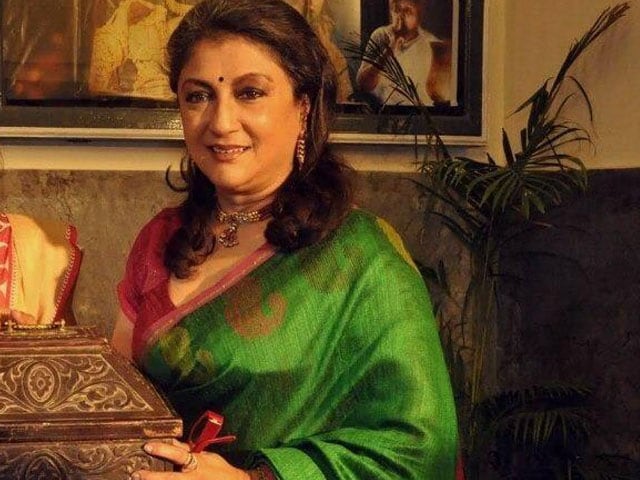 This image was posted on Twitter by Konkona Sensharma

"If a lot of people from a particular party are nominated in a society, then there is a very bad side to it, politically

Critically acclaimed filmmakers from West Bengal led by National Award-winning director Aparna Sen on Monday lashed out at "attempts at saffronisation" in the wake of the agitation at the FTII where students are protesting against actor Gajendra Chauhan's appointment as its new chairman.
Urging all Indians to back the agitation at the Film and Television Institute of India in Pune, the filmmaker cautioned that incidents like these were "case studies and not in isolation".
"If a lot of people from a particular party are nominated in a society, then there is a very bad side to it, politically. I think the voices of protests and dissent could be stifled. There may be possibilities of saffronisation," the filmmaker told the media.
As protests at the premier film school entered the 39th day, she noted that in public perception, appointments of people like Chauhan to such bodies could be construed as the Sangh Parivar's efforts at "saffronisation".
She said that while it was not possible to erase "political colour or influence completely" from such institutions, "anti-establishment protests always start from such schools. And there will be problems if these voices are stifled".
"I declare my support for the students' protests. And I feel all countrymen should back these protests," she said. FTII alumnus and filmmaker Indranil Roychowdhury said it was important for people to understand why the FTII issue was important because it was "not going to end there".
"There is a big concerted agenda which, because of its sheer ignorance, is exposing itself day by day. Chauhan is part of that exposure but it is not going to end there, which is why it is important for common people to understand what is happening."
Citing examples of appointments at the Indian Council of Historical Research and other institutes, Mr Roychowdhury said these point to "RSS gene bank's ideological bankruptcy".
"They don't have people who can pass off as legitimate appointments," he said.
Documentary filmmaker Sourav Sarangi, also an FTII alumnus, questioned whether Chauhan's appointment was a "prize" for his contribution to the BJP's campaigns.
Citing the issue as a case study, National Award-winning director and cinematographer Ranjan Palit referred to recent "anti-India" and "anti-Hindu" comments against the Indian Institutes of Technology made by an RSS mouthpiece.
"This is a dangerous trend. Under the Narendra Modi government, there is an attempt to slowly bring in the Hindu Rashtra ideology that was perpetrated by RSS ideologue MS Golwalkar," Mr Palit said.
However, FTII alumnus and director Ashoke Viswanathan said the "fault is not with the government" but the fault lies with the people who took the decision of Chauhan's appointment.
"The government must step in immediately and there must be a parley. The chairman's appointment should follow the tradition of appointing legends like Satyajit Ray and Saeed Mirza," Mr Vishwanathan said.
The chairman of such an institution should inspire the students, should have a vision and students should be able to look up to him, said The Japanese Wife director. "So such a person must have a body of work as his contribution."
Celebrities from the Indian film industry have expressed their opinion on the issue, with Aparna Sen being the latest one to side with the students.