Arnold Schwarzenegger All Praises for I Music Launch 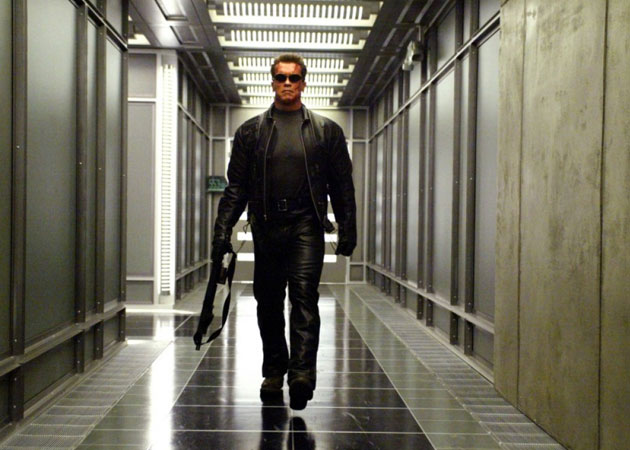 Hollywood action star Arnold Schwarzenegger thanked producer Aascar Ravichandran for his hospitality and for making his Chennai visit "incredibly successful". He also praised the filmmaker's forthcoming Tamil romantic-thriller I as a "dynamic film". Schwarzenegger visited Chennai earlier this month for the audio launch of Vikram-starrer I. "Thank you for everything you did to make my visit to Chennai such an incredible success," the star of The Terminator movie franchise wrote in his letter to Ravichandran.

"I was proud to be part of the launch of the soundtrack of I and you and your brothers all deserve a lot of credit for producing not only such a dynamic film, but also for putting on one of the best events I've ever attended," he wrote.

He mentioned that he was "blown away" by their "hospitality".

"From the incredible hotel to the delicious food, the visit was perfect. But the icing on the cake was the event. I have been to the Oscars, and the Golden Globes, and every event you can imagine. Let me tell you something - they could all learn from how you stage a production," he wrote.

"The whole event flowed perfectly, and the energy there could have powered all of India. The bodybuilders were a fantastic touch and made everything organic. I couldn't help but take the stage after that performance, because I knew it was the perfect time," he added.

He also wrote that he would like to work with the producer "again in the future".

Directed by Shankar, I also stars Amy Jackson, Suresh Gopi and Upen Patel in important roles. It will release around Diwali.