Arnold Schwarzenegger on Shankar's I, Indian Films and Terminator 5 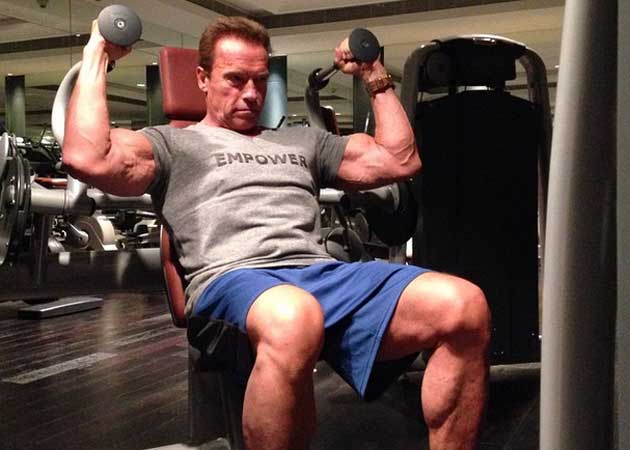 In an exclusive interview with NDTV, the Terminator star also talks about his appreciation for Indian filmmakers like Shankar

The Terminator hit Chennai yesterday and left a trail of excited fans - among them actor Suriya - in his wake. Arnold Schwarzenegger was attending the launch of the soundtrack of director Shankar's upcoming film I, which features Vikram and Amy Jackson in the lead roles. Also on his agenda were meetings with Tamil Nadu Chief Minister J Jayalalithaa and superstar Rajinikanth.

In an exclusive interview to NDTV, Mr Schwarzenegger said, "I am very happy that Aascar Films had invited me (for the soundtrack launch of I). Aascar Ravichandran (owner of Aascar Films banner and producer of I) has helped me fulfil my wish. I had once mentioned, during an interview, that I wish to come to India and be part of a red carpet event. So when I came to know about the event, I was sure that the film directed by Shankar will make a huge explosion (at the box office) and be a success so I wanted to be part of the (music launch) event."

Mr Schwarzenegger also professed himself ready and willing to star in an Indian film for some years. He said, "I have said this for years that I would like to work with someone (Indian filmmakers) like Shankar. He is a really great director. With I he proves that he is a creative genius with visual effects and equally adept at directing actors. (For any good film) The key thing is that you have a creative, good director and that is what Shankar is."

He declined, however, to pick a probable co-star, saying," I would really like to work with Indian actors but no favourites because it will depend on the story. It is something that will eventually materialize. I know that for sure.

Mr Schwarzenegger, who recently appeared in The Expendables 3, is also reprising his most famous role. " We just finished the filming of Terminator 5 which will release next year, may be in July. It is nice to be back again with the franchise because it's the movie that really propelled my career, 30 years ago, when I did the first Terminator," the action star said.

The former bodybuilder and Mr Universe hit the gym in his Chennai hotel for a workout and said, "I still work out every day. I go to gym in the morning and again in the evening. I believe that as we get older it's even more important to work out and stay in shape."

The music launch of I was also attended by Rajinikanth and Kannada actor Puneet Rajkumar.

The soundtrack of I has been scored by Oscar winning composer A R Rahman. Vikram plays a triple role in the film.