Considering Arya's close friendships with fellow actors in the industry, the teaser was unveiled on Facebook by none other than Suriya 'Singam' Sivakumar 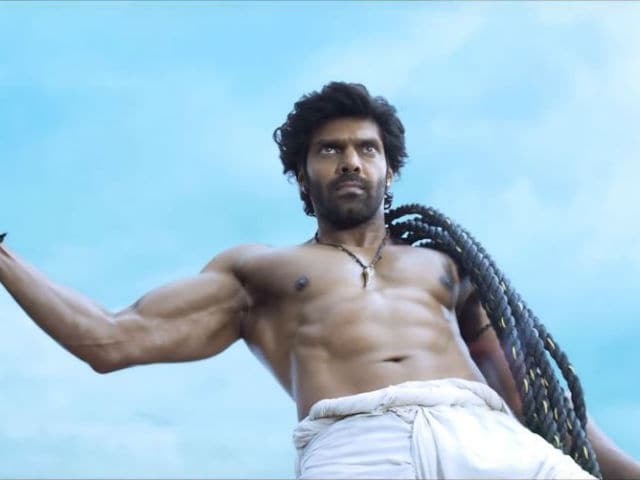 It's the era of epic fantasies for the South film industry. So why should Tamil actor Arya be far behind. The actor will next be seen in Kadamban - an adventure set in the forest. And unlike anything you've ever seen him do before, he's playing a Tarzan-like character in this one.
Considering Arya's close friendships with fellow actors in the industry, the teaser was unveiled on Facebook by none other than Suriya 'Singam' Sivakumar.

The teaser which is an eye-opener into the film's world starts with Arya, a jungle-man atop a cliff, cut to a high-octane sequence featuring the actor running along a herd of elephants. The film promises a thrilling adventure with minimal usage of visual effects. Suriya called the teaser 'superb' and 'fantastic.'
This, however, wasn't the only compliment received by the film. Suriya's younger brother and Kaashmora actor Karthi tweeted the first look posters of the film commenting on Arya's 'killer physique.'


Amazing first look darling! So many months of hard work #Killerphysique. So proud to release this poster! ATB team #kadamban@arya_offlpic.twitter.com/578EopsYwQ

Arya has apparently spent months working on a strict diet to achieve an 8-pack that he sports in the film. Unfortunately, Arya's last few films have failed to set the box office on fire. At a time where rivarlies can often take over friendships in the film industry, it was heartening to see his contemporaries praise his venture.
An hour later, Marudhu actor Vishal tweeted about Arya's determination with another poster.

Kadamban has been shot in picturesque Thailand and Kerala.
Directed by Raghavan and produced by RB Choudhary (father to actors Jiiva and Jithan Ramesh), Kadamban co-stars Catherine Tresa. It will hit theatres in January 2017.