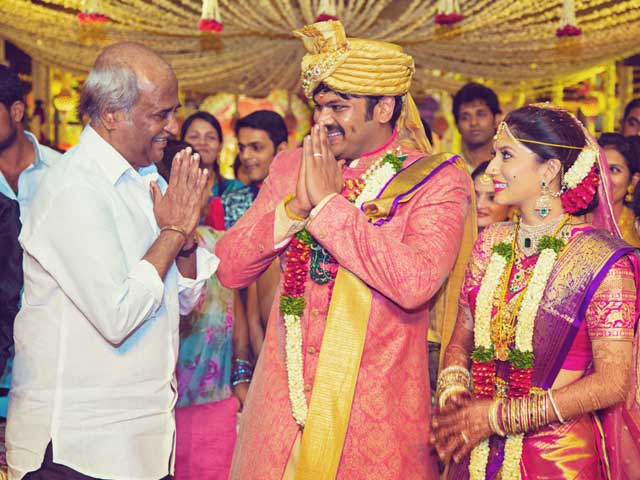 Rajinikanth greets the bride and the groom

Who was at actor Manoj Manchu's big fat wedding in Hyderabad on May 20? The question is, who wasn't? Telugu star Mohan Babu's son married fiancee Pranathi Reddy in a grand wedding and at the head of the VIP guest list was Tamil superstar Rajinikanth, a close friend of Mohan Babu's.
The stardust at the glitzy wedding mingled with the political clout of three of the South's most powerful leaders - Andhra Pradesh Chief Minister N Chandrababu Naidu, Telangana Chief Minister K Chandrasekhar Rao and YSR Congress President Y S Jagan Mohan Reddy. 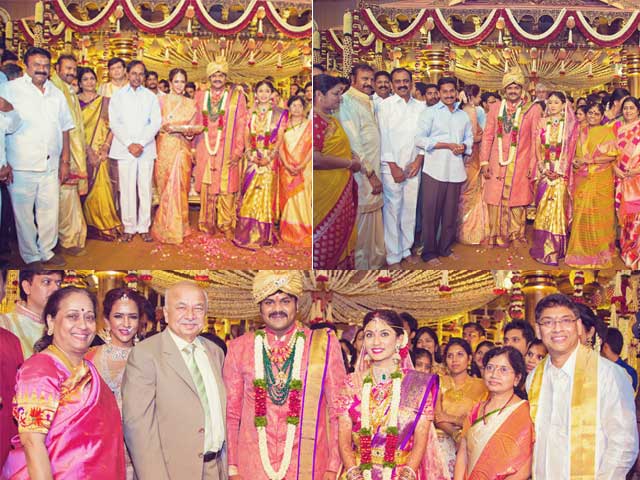 The bride glowed in a heavy silk sari while the groom was at his ethnic best in a pink and mustard ensemble. His sister, actress Lakshmi Manchu, looked beautiful in a heavily embellished gold silk sari. The wedding was preceded by the equally glittering sangeet and Pellikoduku ceremony, attended by actors such as Chiranjeevi, Hansika Motwani, Sriya Reddy and Vikram Prabhu.
Manoj Manchu, 31, is the star of Telugu films such as Donga Dongadi and Bindaas.