Baahubali 2, Box Office Collection, Day 1: Baahubali 2 has done which no other big banner/budget film has achieved yet 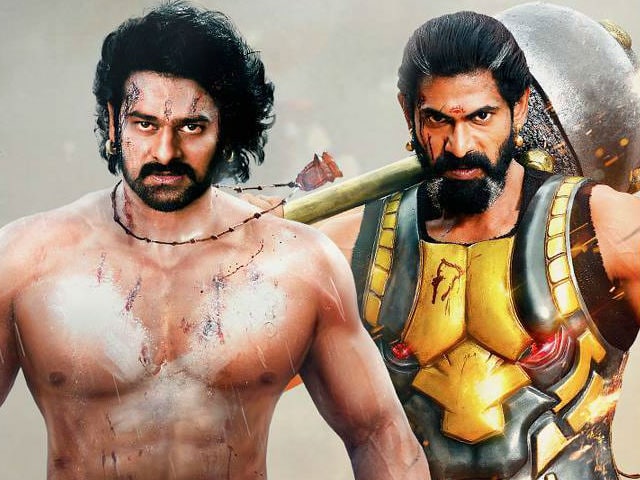 Baahubali 2: Prabhas and Rana Daggubati in Baahubali: The Conclusion

Filmmaker S S Rajamouli's grand epic film Baahubali: The Conclusion is off to a "monstrous start," reports trade analyst Taran Adarsh. "Unbelievable... Unthinkable... Unimaginable... #Baahubali2 starts with a deafening roar... Shatters all records... Creates history... (sic)," he tweeted. According to a Box Office India report Baahubali 2 made above Rs 100 crore on the first day of its release, thereby making history. The film's business is expected to grow over the weekend and upcoming week. Baahubali 2 has done which no other big banner/budget film has achieved yet and that too, as Taran Adarsh says, on a "non-holiday' weekend. Baahubali 2 starring Prabhas as titular Baahubali and Rana Daggubati as his nemesis Bhallala Deva, released with a bang on April 28.
Here's what Tarn Adarsh said about Baahubali 2's first day business.

No Republic Day... No Eid... No Independence Day... No Diwali... No Christmas... #Baahubali2 creates MAGIC at the BO on non-holiday...

The Box Office India report says that the film's Hindi version, distributed by filmmaker Karan Johar, alone collected nearly Rs 30- 40 crore on Day 1. The report also added that Baahubali 2's maximum business is from Andhra Pradesh while Tamil Nadu was the "weakest region." Early morning shows in Tamil Nadu were cancelled over non-payment issue and it was conditionally released only after 11 am.
Fans welcomed Baahubali 2 with enthusiasm on Friday. They poured milk over Prabhas' gigantic posters - a ritual mostly seen during the release of a Rajinikanth-film. Fans requested their bosses to grant then half-day leaves to catch the early morning shows and queued outside theatres for the longest time to watch Rajamouli's masterpiece on the big screen.
Watch the trailer of Baahubali 2: