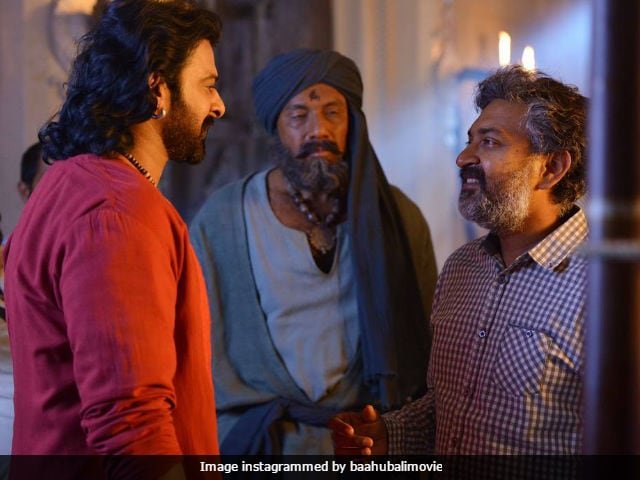 Baahubali: The Conclusion is on its way to greatness and everyone's curious to learn more about people associated with the project. One such inquisitive search by social media resurrected an old Facebook post by director S S Rajamouli's about the caste system and its divisions. Rajamouli shared his post in October 2012, months after the release of his film Eega, which was a blockbuster but nowhere near the success rate of Baahubali 2. In the post he wrote: "We learnt the caste system from Manusmrithi was based on our lifestyle and not by birth." He attributed this piece of information to his tennis partner Prasad and went on to explain the roles of each Brahmin, Kshatriya Vysya, Sudra and Panchama.
Read Rajamouli's old post here:

Now, Rajamouli's five-year-old post is incurring the wrath of social media. Users have denounced it saying: "Shame on you," while one user wrote: "You have a Stylist Hairstyle but Polluted Skull. (sic)" There were some users who posted relatively polite comments like: "I don't know who derived this theory exactly but I can say that it is a foolish one." Some people also agreed with Rajamouli's opinion saying: "Yes, you are correct, we have to read that in new and better way... not by birth... but by deed... (sic)."
But one user made a rather valid point: "Why are so many people digging up this old post and bashing him?" Here's the full comment of the user:
Meanwhile, Baahubali 2 is busy destroying box office records set by previous films. Baahubali 2, starring Prabhas and Rana Daggubati, collected above Rs 100 crore on the first day and shows no signs of slowing down. The film released to houseful shows, top ratings and critical acclaim on April 28. Baahubali 2 also stars Anushka Shetty, Ramya Krishnan, Sathyaraj and Tamannaah Bhatia.