Baahubali: The Conclusion - Fans Book Multiple Shows, Tweet 'The Wait Is Over'

While some on Twitter are grieving for not managing to book first shows, many are also guilty of acquiring multiple shows for consecutive days 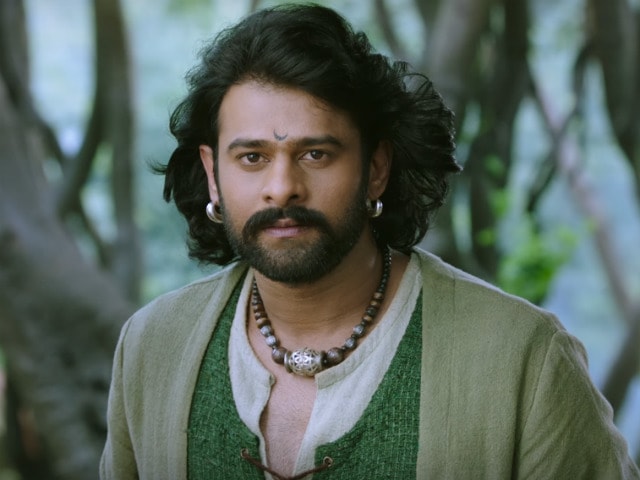 Baahubali: Prabhas in a still from the movie

Baahubali: The Conclusion is just around the corner and fans can't keep calm. Twitter is flooded with snapshots of tickets booked for the first shows. While some on Twitter are grieving for not managing to book first shows, many are also guilty of acquiring multiple shows for consecutive days. The more, the better - is the general sentiment on Twitter. It's Baahubali after all! "Finally the wait is over. Two days to go and the seats are already locked. Jai Mahishmati!" tweeted an excited fan while another said: "I have my final exam on 28 and already booked ticket for 1st day 1st show. Baahubali always will be 1st for me." Baahubali: The Conclusion is scheduled to hit screens on April 28 and will reportedly release across 8,000 screens.

The wait for 2yrs is ending in 2days. Tickets Booked. 1st day 1st show. 8am on 28th April. #Baahubali2Mania@INOXMovies@BaahubaliMoviepic.twitter.com/RVUmLr2erZ

Meanwhile in Trivandrum, the theatre authorities are adding more shows to meet the growing demand. "Due to unprecedented demand one more fans shows added in Trivandrum," read a tweet. A fan from Kolkata, tweeted a screenshot of the theatre layout showing how most of the seats are booked for the first show. Another netizen offered a glimpse of the long, winding queue outside a theatre in Hyderabad.


This is next level.Due to unprecedented demand one more fans shows added in Trivandrum.Those who are yet to get one grab it soon pic.twitter.com/1Ta1C04I6s

Morning shows are almost all sold out for #Baahubali2 (Hindi) in Kolkata for Friday 28th.@BaahubaliMovie#Baahubali2Maniapic.twitter.com/DomkZZHjfT

Queue for #Baahubali2 tickets @prasadz, Hyderabad at 9 am on 26th April #wkkb@BaahubaliMovie@ssrajamouli . I couldn't grab one pic.twitter.com/PBwaBvcyCn

Baahubali is also already making noise in Oman, Germany and the US ahead of its release. Here's proof.

Watch the trailer of Baahubali: The Conclusion here:

Baahubali: The Conclusion was earlier expected to be released across 6,500 screens, a number which has been reportedly increased. S S Rajamouli's magnum opus will release in Tamil and Malayalam apart from Telugu and Hindi and a worldwide premiere of the film is calendared for Thursday. The second part of Rs 450-crore Baahubali, has already made Rs 500 crore through distribution and satellite rights.
Karan Johar's Dharma Productions is in charge of the Hindi version of the film, who is also hosting the Mumbai premiere of Baahubali 2. "In Hindi, it is the biggest release at par with any Khan film. And all put together, it is the biggest pan-Indian film. In the US, Baahubali: The Conclusion will release in about 1,000 screens, which is the highest for any Indian film," producer Shobu Yarlagadda told NDTV.
Meanwhile, Baahubali: The Conclusion was also facing the risk of a ban in Karnataka as pro-Kannada parties protested against certain alleged comments on the Cauvery row made by veteran actor Sathyaraj. The issue was resolved after the actor, who plays Katappa, apologised.
Baahubali: The Conclusion reunites the original cast with Prabhas, Rana Daggubati, Anushka Shetty, Ramya Krishnan, Anushka Shetty and Tamaannah Bhatia reprising their roles. Baahubali: The Conclusion also promises to reveal the secret behind the cliff-hanging moment of the first part, when senapati Katappa killed Baahubali.