Rana Daggubati reprises his role of Bhallala Deva in Baahubali 2. He had undergone rigorous training to prep 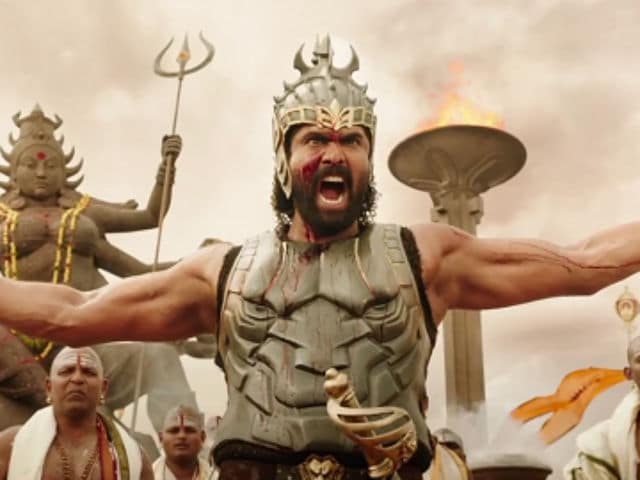 Rana Daggubati will star as Bhallala Deva in Baahubali 2

On South actor Rana Daggubati's birthday on Wednesday, the makers of his film Baahubali 2 presented the world with a gift - they released the first look of the actor as Bhallala Deva from the movie. Rana, who has been undergoing rigorous training to look the part, is absolutely fierce on the new poster, his eyes burning with vengefulness. As Bhallala Deva, he is seen holding a mace and wearing body armour. Rana Daggubati, now 32, returns to the role he played in the first edition of director S S Rajamouli's two-part epic. Baahubali: The Beginning was last year's biggest blockbuster and won the National Award for Best Feature Film. The first look of Rana's co-star Prabhas as the titular Baahubali was revealed last month during the Mumbai Film Festival. On Wednesday, distributor Dharma Productions posted a picture of Rana Daggubati as Bhallala Deva.
Here's how Bhallala Deva will look:

In order to play the warrior, Rana trained in martial arts and followed a tough workout routine for two-and-a-half hours each day over five months.

Rana Daggubati will be playing a younger version of Bhallala Deva in Baahubali: The Conclusion which continues the story from where it ended (with the death of Baahubali) in the first film. While speaking to news agency IANS about his new look, the 32-year-actor said, "The older Bhallala is stronger and beefier. So, I weighed around 108-110 kg for some portions in both the films. His younger version is strong too, but leaner. So I lost a few kilos for that. My weight has dropped to 92-93 kg now."
Rana's diet was monitored by his personal trainer Kunal Gir. He was put on carbs and protein, reported IANS. "I've been shuttling between cardio and weight training. I eat every two and a half hours and there's a nutritionist present around the clock. He conducts regular check-ups to ensure that we are on the right track," Rana added.
Yesterday, Rana's first look from as a naval officer for his next film Ghazi was unveiled. The film is a war-drama and is based on a true story from the 1971 Indo-Pakistan war. It will be released in Tamil and Hindi, both.
The first look of Baahubali: The Conclusion was unveiled on Prabhas's birthday. This time, the filmmakers claim that audience will finally be told what everyone wanted to know after the first film - Why did Katappa kill Baahubali?
A graphic designer working on Baahubali 2 was recently arrested for allegedly releasing nine minutes of footage from the film, believed to be the climactic war sequence.
Along with Rana Daggubati and Prabhas, the original cast of Tamannaah Bhatia, Anushka Shetty, Ramya Krishnan and Sathyaraj will also reprise their roles in Baahubali: The Conclusion.
Baahubali 2 will release on April 28 in Tamil and Telugu.