Baahubali 2 Pics Have Been Leaked and Gone Viral. Anybody Surprised?

The wait for Baahubali 2 is killing fans. So here's some news 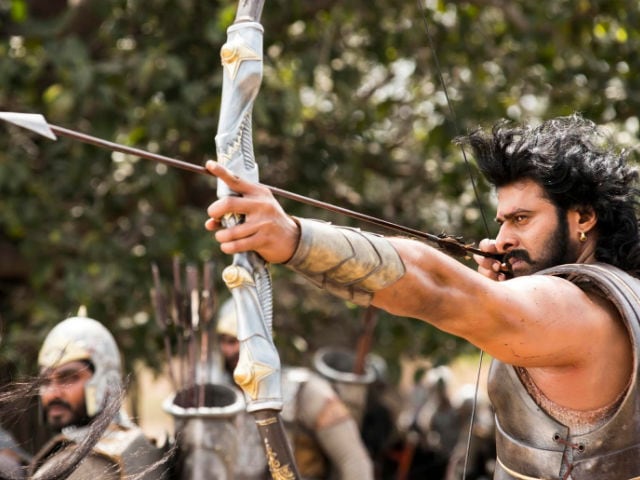 Prabhas in Baahubali: The Beginning

Why Katappa killed Baahubali is a question that will only be answered next year but here's something to keep curious fans occupied.
Pictures from the sets of Baahaubali: The Conclusion, which is shooting in Rayalseema in Andhra Pradesh, have gone viral after showing up online on Wednesday, showing the unit hard at work.

The images have been released despite director S S Rajamouli reportedly banning mobile phones on set. As they learnt with the first part of the film scenes from which were also leaked before release, preventive measures rarely work.
Baahubali: The Beginning, part one of the two-film fantasy, released last year and made crores worldwide. It starred Prabhas as the titular Baahubali, Rana Daggubati, Tamannaah Bhatia and Anushka Shetty.
Prabhas, whose character was killed in the first movie, returns in part two and has apparently trained for 30 days to shoot a single action sequence. The action and special effects were the highlights of Baahubali: The Beginning and the second film is going to be bigger and better by all accounts.
"The action scenes and stunts which are choreographed in the film are going to be the next level. Each action sequence requires a lot of rehearsals and preparation time for it to be shot correctly. As Baahubali : The Beginning itself had some marvelous action scenes, the sequel of the film is set to go a notch higher. And so Prabhas actually trained for 30 days in order to shoot one particular action scene," a source told Indian Express.
Now we know why director Rajamouli wore this tee to work:

Baahubali: The Conclusion hits screens on April 28, 2017. Most of the main cast returns.
The films are distributed by Karan Johar's Dharma Productions in Hindi.