Trade analyst Ramesh Bala tweeted that Baahubali: The Conclusion will release across 6,500 screens in India on April 28, highest ever for any film 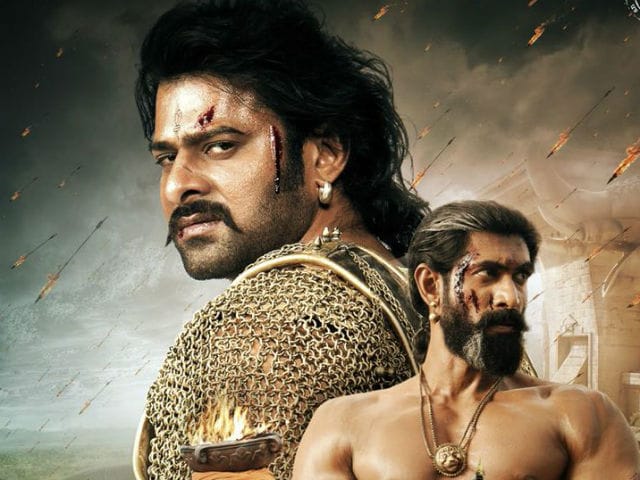 Prabhas and Rana Daggubati in Baahubali: 2

S S Rajamouli's magnum opus Baahubali: The Conclusion is all set to make new record of biggest releases at the box office. The film will release across 6,500 screens on April 28, the 'highest ever for any movie in India,' tweeted trade analyst Ramesh Bala. The trailer of the film, which released a week ago, has set a record of getting the highest number of views on YouTube. The trailer has so far received more than 30 million views. Baahubali: 2 has already made a pre-release business of over Rs 500 crore through the sale of distribution and satellite rights. It is one of the most-anticipated films of this year.
Here's Mr Bala's tweet:


#Baahubali2 will release in 6,500 Screens in India.. Highest ever for any movie in India.. pic.twitter.com/KitCIlGDzN

Baahubali: The Conclusion, is part two of Mr Rajamouli's film. It stars Prabhas in the double role of Amarendra and Mahendra Baahubali, Rana Daggubati as Bhallala Deva and Sathyaraj as Katappa. Actresses Anushka Shetty as Devasena, Tamannah Bhatia as Avanthika and Ramya Krishnan as Sivagami will reprise their roles from part one. Baahubali: 2 will plot the love story of Amrendra and Devasena and Bhallala Deva's subsequent rise to power. The film is expected to reveal why Katappa killed Baahubali.
Watch the trailer of Baahubali: The Conclusion here:

After the trailer was unveiled, Vamsi Atluri, the editor of the trailer told news agency IANS that he's "thrilled" with the overwhelming response. "It's so satisfying to see this kind of response which I never imagined. More than the pressure of working on the trailer of India's biggest motion picture (yet), I was very anxious to know how audiences will receive it," Mr Atluri told IANS.
Meanwhile, Mr Rajamouli also revealed that Baahubali 2 will release in IMAX format. He tweeted:


very excited that #Baahubali2 will release in @IMAX format, which enhances the hugeness & the spirit of Baahubali..

Baahubali: The Beginning released to a blockbuster status in 2015. It was one of the most profitable films of the year.
Karan Johar's Dharma Productions will release the Hindi version of Baahubali: The Conclusion. During the trailer launch of the film in Mumbai, S S Rajamouli presented Mr Johar Katappa's sword for his association with the Baahubali franchise.