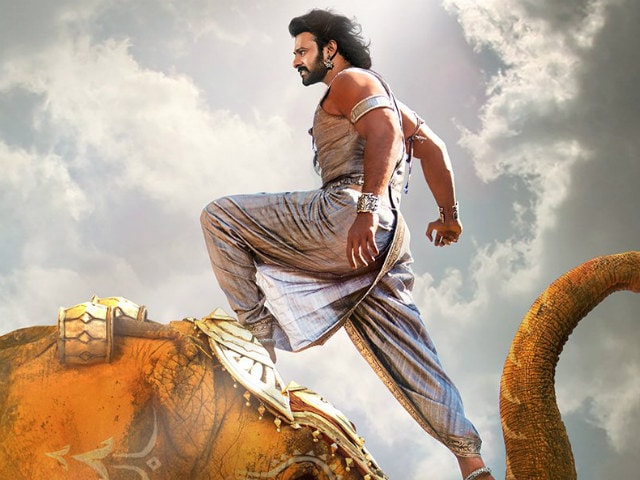 Baahubali 2 Trailer: A poster of the film

The trailer of Baahubali: The Conclusion released on Thursday and Twitter simply cannot keep calm. Neither can celebs like Alia Bhatt and Varun Dhawan, who watched the Hindi version of the trailer and said: "Wow." Both Alia and Karan are diligent students of filmmaker Karan Johar, whose Dharma Productions is in charge of the Hindi version of SS Rajamouli's magnum opus. Karan launched Alia and Varun in his 2012 school drama Student Of The Year. The 24-year-old actress also shared the trailer of Baahubali: The Conclusion and wrote: "Here goes the trailer" while the production house described it quite aptly - "The most awaited trailer of the year!" Meanwhile, director Rajamouli also released the trailer in Telugu, Malayalam and Tamil, and he has a befitting description for each one of them.
Here's what the Badrinath ki Dulhania co-stars tweeted:

South actress Samantha Ruth Prabhu watched the trailer and is now, curious to know the workings of Rajamouli's mind.

#Baahubali2Trailer followed by some more. Followed by,I will enroll in a class that taught How @ssrajamouli brain functions .

Meanwhile, the general verdict on Twitter is expressed with phrases like "mind blowing" and "goosebumps overloaded." "India's answer to Game Of Thrones fans worldwide. Flabbergasted," read a tweet while another one said: "Just watched the Hindi version of Baahubali 2 trailer. I don't think any language in this world can express my feelings right now."
Twitter is "flabbergasted," indeed:

Just watched the Hindi version of #Baahubali2trailer I don't think any language in this world can express my feelings right now.

Epic is just a small word to describe #Baahubali2Trailer. That voice over by #Prabhas is haunting. You can mute me for today tweeps

The trailer of Baahubali: The Conclusion also releases in over 250 theatres across Andhra Pradesh and Telangana today. There's also remedy for those, who fail to catch it at the theatres:


MASSIVE.. To all the fans, who couldn't watch the trailer in theatres, you can watch it here.. #Baahubali2Trailer - https://t.co/VufCPAeIaxhttps://t.co/E1Jk6IHCf2

Watch the trailer of Baahubali: The Conclusion here: