Baahubali, a 250 Cr Film, is Being Compared to Hollywood Blockbuster 300 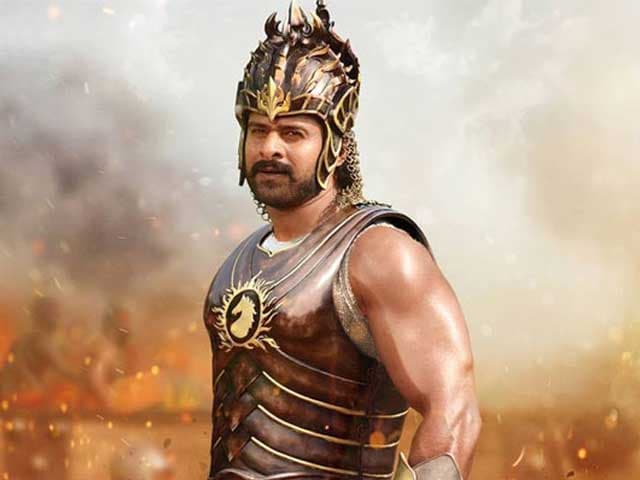 An epic battle movie, likened to American blockbuster 300, is set to become India's most expensive film ever, but it's not Bollywood that will smash the record.
The two-part Baahubali, costing still a fraction of the budget of Hollywood blockbusters, is being made in the Telugu and Tamil languages for the 'Tollywood' and 'Kollywood' markets.
Its release shines a welcome spotlight on southern India's film industries, which are often overshadowed by the glitz and glamour of the internationally-bankable Hindi-language Bollywood films.
Director SS Rajamouli said the movie, which eager cinema-goers are also comparing to Hercules, will break the previous big-budget Indian film by a whopping $17 million. "There are still over a hundred days of shooting left, followed by post-production for the second part. The budget will definitely be over 250 crore rupees ($40 million) for both parts," Mr Rajamouli told AFP.
Baahubali, literally meaning The One With Strong Arms in English, is laden with special effects and tells the fictional story of two warring brothers battling for control of an ancient Indian kingdom.
The opening part of the ambitious spectacle, Baahubali - The Beginning, is due for release on July 10, with the final instalment scheduled to hit screens next year.
Indian cinema produces films in 39 languages and dialects. Last year, 216 Hindi or Bollywood movies were released, fewer than the 287 in Tamil and 255 Telugu-language films.
Bollywood is India's biggest-grossing movie industry, accounting for $565 million in box office revenues in 2013 according to Deloitte. But Tollywood and Kollywood were not far behind, raising a total of $468 million, and despite their relative anonymity abroad have form when it comes to releasing big-budget blockbusters.
Baahubali will overtake the 2010 Tamil movie Enthiran (Robot), which cost an estimated Rs 1.5 billion ($23 million) to make, as Indian cinema's most costly film so far.
Movie critics and fans, who have watched a short teaser released last month, say its vast battle scenes draw comparisons with 2006 hit movie 300, which starred Gerard Butler.
"It's the simple story of a father who has been back-stabbed, a mother who has been enchained for no wrong of hers and the story of a son who takes revenge. The two parts span two generations," explained Mr Rajamouli.
Horses and elephants
There was nothing simple about the 42-year-old filmmaker's ambitions for the project, however, with one battle scene taking four months to shoot. It constitutes about 20 minutes of the film.
"It was challenging to get 1,000 soldiers into costume, with weapons and onto the location," said Mr Rajamouli, whose previous hits include Magadheera (Great Warrior) and Eega (Fly).
"We worked with 2,000 extras and about 500-600 technicians, horses, elephants and equipment. It was quite a task, but we managed," added the Hyderabad-based director on a recent visit to Mumbai.
Some 600 artists from 17 visual effects studios across India, South Korea and China have been involved in creating the film's 4,500 visual effects and computer graphics.
Shobu Yarlagadda, CEO of Arka Mediaworks and producer of Baahubali, said it was a calculated decision to release the film in two parts to help recoup production costs.
"We would not have been able to recover the cost even if it had been a single film because the storyline would not have allowed us to make it under three hours long," he explained to AFP.
"So we decided to increase the budget some more and make it in two parts and in two languages, Tamil and Telugu, which are our main markets, to make it more viable," said Mr Yarlagadda.
The budget, however, is far off those in Hollywood where a blockbuster often costs more than $200 million to make, and a single film can rake in more than a billion dollars.
Baahubali, which has been three years in the making, stars Indian actors Prabhas, who generally goes by one name, Rana Daggubati and actresses Tamannaah Bhatia and Anushka Shetty. It was almost entirely filmed in Hyderabad where the Telugu film industry is based. It will be dubbed into Hindi and the producers are also considering releasing a shorter version for international audiences.