Baahubali, A Day Before Release, is a Superhit on Social Media 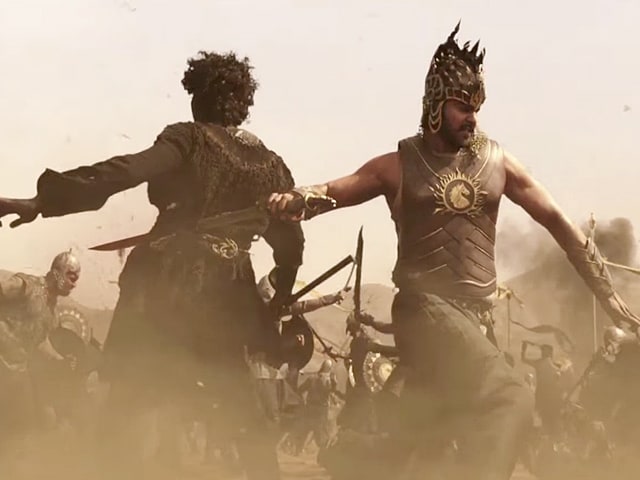 A still from Baahubali.

A day ahead of its release, the much-awaited multilingual film Baahubali appears to be quite a hit on the social media. The film's official Facebook page has secured 1.3 million likes and Twitter handle has about one lakh followers.
The trailer of the film had 4.05 million views on YouTube as well. The enthusiasm in the cyber space matched with the mad rush for tickets witnessed on the streets of Hyderabad for advance booking.
The film has around one lakh followers on Twitter and 1,315, 639 likes on Facebook till this afternoon.
Long queues have been witnessed outside theatres in Hyderabad to secure tickets to watch director SS Rajamouli's epic action drama, with police intervention to ensure order.
Filmmaker Karan Johar, who is presenting the two-part epic in Hindi tweeted:


The 1km Line for the advance booking of #Baahubali in Hyderabad ...amazing!!!!! https://t.co/WAHQO9Jfz4

"It was reminiscent of the days of Chiranjeevi's movies releasing. Such a response from the movie goers has been seen after a very long time," said Kishan, PRO of Prasad's IMAX.
The multiplex would show the film in all its screens on July 10.
Touted as one of the most expensive films made in the country with a reported budget of about Rs 200 crore, the film would hit 4,000 plus theatres worldwide.
"The pressure for tickets is high. We are finding it difficult to give responses," said Mahesh Koneru, handling PR and marketing, for the film.
Starring Prabhas, Rana Daggubati, Ramya Krishna, Anushka and Tamannaah Bhatia in the lead roles, the film is a period action drama that took nearly three years to complete the shoot.