Baahubali 'Changed' Tamannaah Bhatia. What She Will Do Next 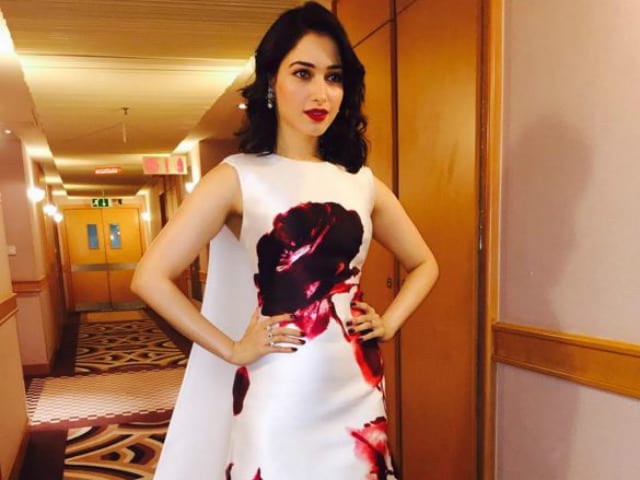 "I had a really dainty image and it was only after playing the warrior princess in Baahubali, that people are seeing me differently. No one could imagine me wielding a sword prior to Baahubali! But Rajamouli's characterisation changed all that," said Tamannaah Bhatia

Tamannaah is one very busy lady these days. Not only is she gearing up for the mammoth Baahubali 2, but she's also busy shooting for Prabhu Deva's trilingual in Hindi, Tamil and Telugu. Apart from the bilingual Thoza (Oopiri in Telugu), she's also got a de-glam film in her kitty with National Award-winning director Seenu Ramasamy. With such a variety of roles and genres this year, she's on cloud nine. 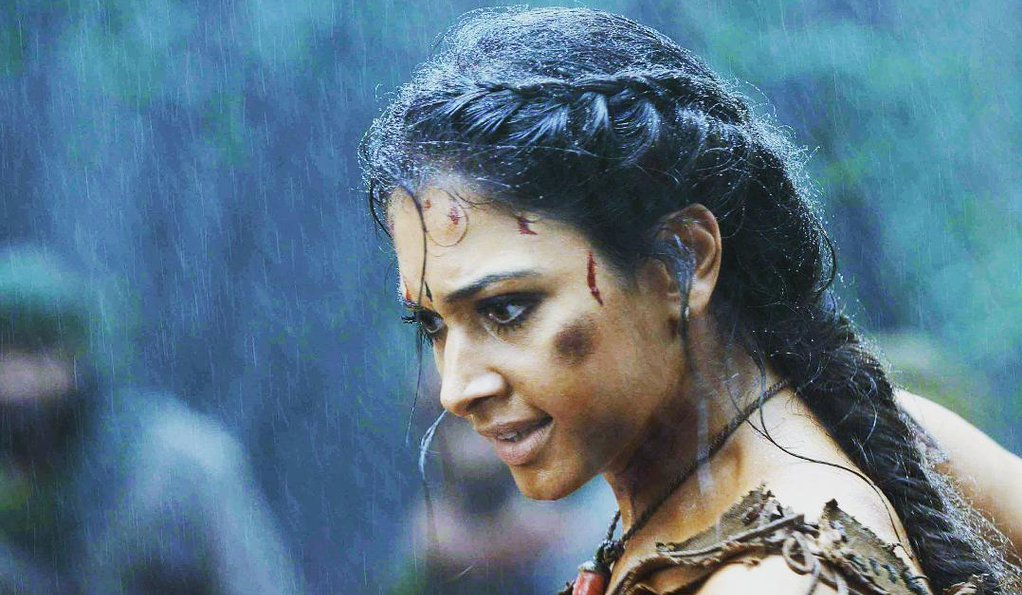 Image courtesy:iflickz.com
We want to know when she will join the unit of Baahubali 2, shooting for which director S S Rajamouli has already begun. Tamannaah is looking forward to joining the unit and discloses, "The film is being shot in various bits and so when my part comes up, I'll be called for the shoot. It's going to go on for a long time, so I can't say right now when exactly I will be joining them." In the meantime, she's basking in the glory of Baahubali and the domino effect it's had on her career. "I have some amazing memories of the film. It's been physically stressful. At one time we shot in Bulgaria in minus ten degrees freezing weather. Then we came to India and shot during peak rainfall season in Maharashtra! It's been amongst the toughest but most fulfilling films to shoot. It has been a revelation for me. I didn't know I could do all the things I did in it! We are the same actors who act in hits and flops. But it's the directors who extract the work out of us. All credit for my role goes to director Rajamouli who simplifies things so well and presents them to you. He managed to tap a part of me that no one had tapped before." 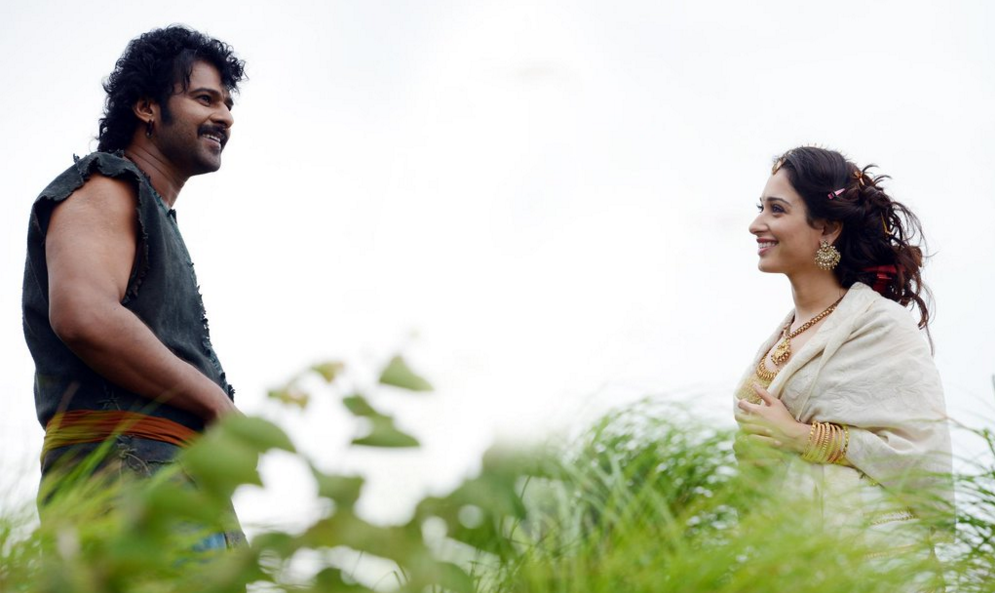 Image courtesy:iflickz.com
The actor who has always played significant roles in her films, is happy that post Baahubali, people are taking her more seriously. She explains, "I've always enjoyed acting in entertainers. Because personally, I prefer watching a film that cheers me up. I would think twice about going for a very serious film that would make me sad because I get affected very easily. So I believe strongly in entertaining audiences. However, I had a really dainty image and it was only after playing the warrior princess in Baahubali, that people are seeing me differently. No one could imagine me wielding a sword prior to Baahubali! But Rajamouli's characterisation changed all that. Now, filmmakers have realised I can be versatile and I'm getting varied roles today." 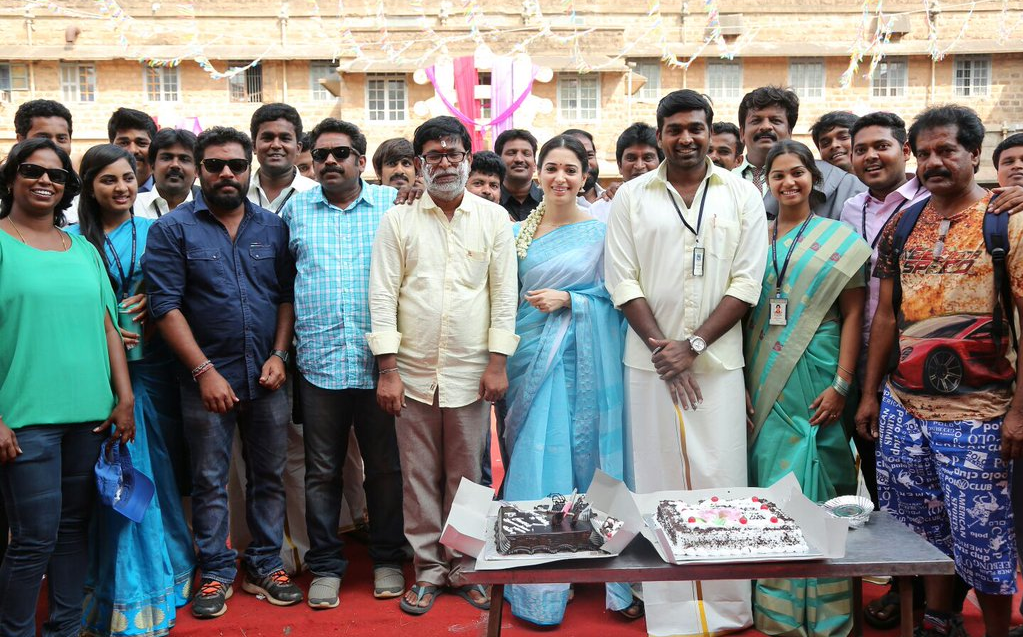 Image courtesy:iflickz.com
In National Award-winning director Seenu Ramasamy's Dharmadurai, Tamannaah has been cast in a de-glam, no make-up look in a rural setting, opposite Vijay Sethupathy, known for his realistic portrayals. And far from missing the greasepaint, Tamannaah is enjoying every bit of it. "Seenu sir makes films that are very realistic way, without making them arty. I've played a de-glam, naive, rural college girl early in my career in Kalloori. But Dharmadurai is a different. Its gripping, with a very interesting story line which got me hooked. I'm glad filmmakers now believe in me and feel that I can handle different characters." (Also Read: Tamannaah Bhatia 'Super Excited' to Start Shooting For Dharmadurai)
Prabhu Deva's film - a fun thriller 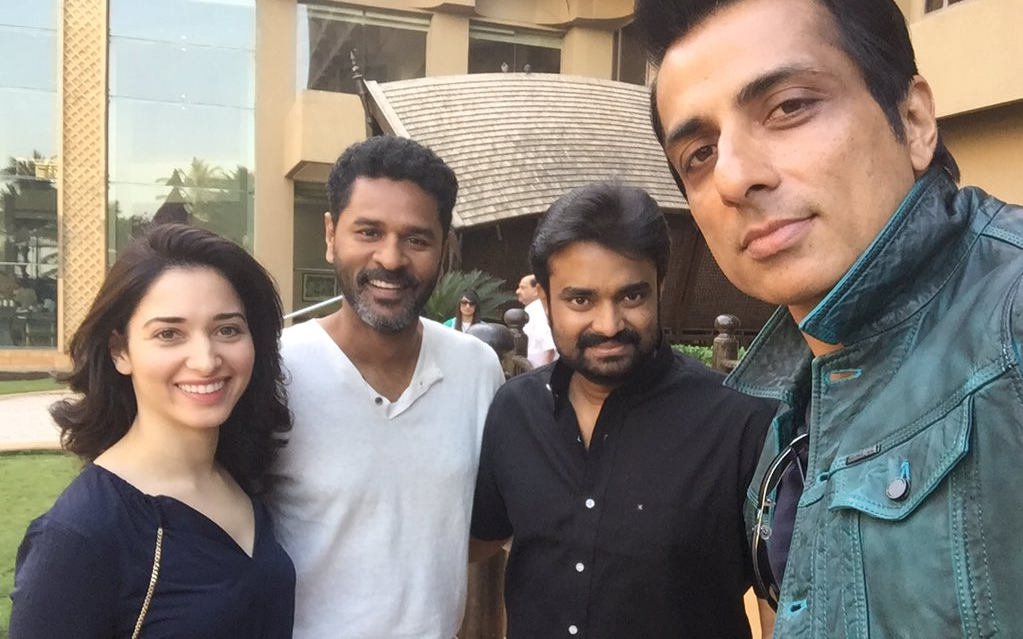 Image courtesy:iflickz.com
Juggling between the shoot of Dharmadurai in the deep South, she flies in and out of Mumbai where she's shooting for the trilingual opposite Prabhu Deva, directed by AL Vijay. So is it a dance film? "No, there will be dance of course, but it's actually a 'fun thriller'. It's just been a few days since I've been shooting but it seems much longer because we are shooting in three languages! Trilinguals are more demanding that way. But I'm glad that I've got a full-fledged character to play and there's lot of meat in my role, which is what drew me to it."
Straddling three industries, Tamannaah has been juggling between Mumbai, Hyderabad and Chennai and living off a suitcase from the early days of her career. And looks like nothing's changed since! But far from complaining, she actually welcomes it. She laughs, "Living out of a suitcase has become a part of me. I think I must be really enjoying it, considering I've been doing it for so many years now! It's part of my bread and butter and I hope to continue doing it, since I believe it's a sign of how successful you are as an actor!" (Also Read: Anushka Shetty's Size Zero Friends Include Baahubali's Rana, Tamannaah)