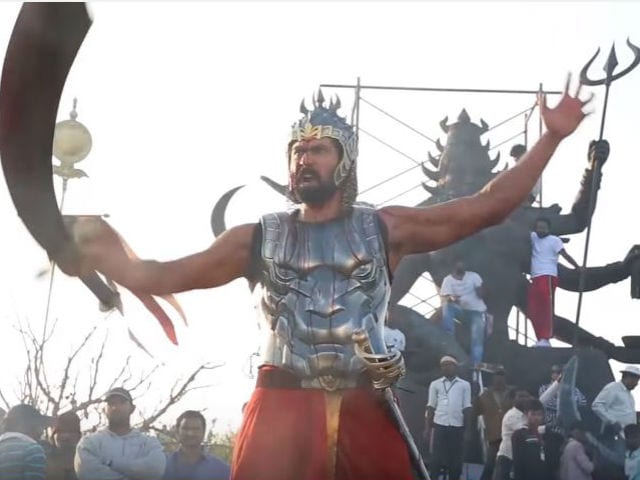 A still from the making of Baahubali: The Beginning

Filmmaker SS Rajamouli's magnum opus Baahubali: The Beginning, which turned out to be one of the biggest hits of 2015, is celebrating its first anniversary on Sunday and fans have been reliving the film's moments on social media.
The lovers of the film have been trending the hashtag #1YearForIndianEpicBaahubali on Facebook.
Baahubali director Mr Rajamouli, who posted a 1.17 minute long video of the making of the film on Facebook, wrote: "1 year of Baahubali - The Beginning. Thank you so much everyone for what it is today!"
Take a look:

The film's cast includes Prabhas, Rana Daggubati, Tamannaah and Anushka Shetty in lead roles. At the 63rd National Film Awards, the film won awards for the Best Feature Film and the Best Special Effects.
The second part in the franchise, Baahubali: The Conclusion is gearing up for release on April 14, 2017.