"As Baahubali, Prabhas had to build a lot of muscle and for the son's character, Shivudu, he had to look lean. His physique fluctuated for more than four years," revealed the trainer 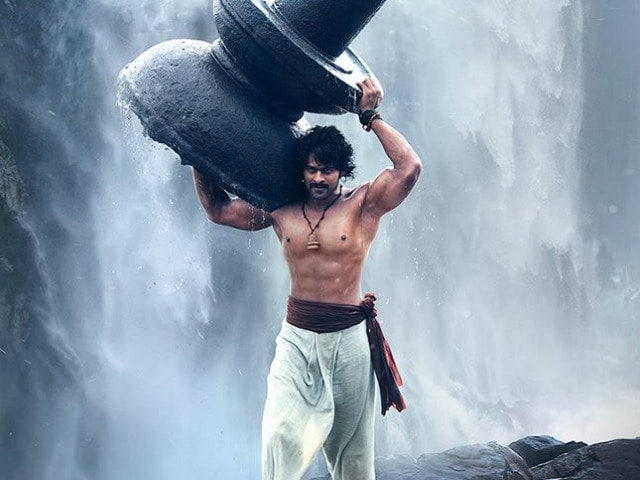 Prabhas in a still from Baahubali: The Beginning

Actor Prabhas underwent noticeable physical transformation for portraying the two generations of the fictional character Baahubali, father Amarendra and son Mahendra, in SS Rajamouli's series of epic filmsBaahubali: The Beginning and Baahubali: The Conclusion. Prabhas has been trained by professional bodybuilder Lakshman Reddy, who hails from Hyderabad and is the winner of Mr World 2010, reported mid-day. Mr Reddy reveals Prabhas weighed some 100 kilos for playing the part of Amarendra Baahubali but his role as Shivudu, as seen in Baahubali 1, required him to sport a toned body. "As Baahubali, Prabhas had to build a lot of muscle and for the son's character, Shivudu, he had to look lean. His physique fluctuated for more than four years; that was difficult. Prabhas weighed almost 100 kgs with his body fat percentage staying in the range of 9-10. For the younger character, he had to build a toned body with minimal muscles," Mr Reddy told mid-day.
Prabhas' training regime, shooting schedule and diet for Baahubali 1 and its sequel were an absolute contrast, revealed Mr Reddy. "He would have six meals with egg whites, chicken, nuts, almonds, fish and vegetables thrown in. For Baahubali prep, he had eight meals a day, carb-heavy with cheese and mutton. In the evenings, we had weight training sessions, which included dead lifts, squats, bench press and other rigorous exercises," mid-day quoted Mr Reddy as saying.
Prabhas, who loves biryani and often craved for junk food, was watched very, very closely. "He loves biryani, so he was allowed that. At times, he'd ask for junk food. I was strict, but understood his cravings. I was continuously monitoring his food intake and workouts," Mr Reddy told mid-day.
"He would shoot for hard-core stunts and by the end of it, be tired, but never missed workout. There were days when we would start exercising at midnight. His dedication was amazing," Mr Reddy mentioned in his interview with mid-day.
Baahubali: The Beginning released in 2015, when it made over Rs 650 crore worldwide and also won the National Award for Best Feature Film. Baahubali: The Conclusion reunites the stellar cast of the first part, comprising Prabhas, Rana Daggubati, Anushka Shetty, Tamannaah Bhatia, Ramya Krishnan and Sathyaraj. Baahubali: The Conclusion will release in Tamil, Telugu and Hindi on April 28.