Baahubali: The Beginning To Re-Release Ahead Of The Conclusion

Baahubali: "I believe very few people missed it ([part 1) but re-releasing the film will pull everyone back into the narrative. We collectively arrived at the decision that it will be great idea to go ahead with a pan-India release," said Rajamouli 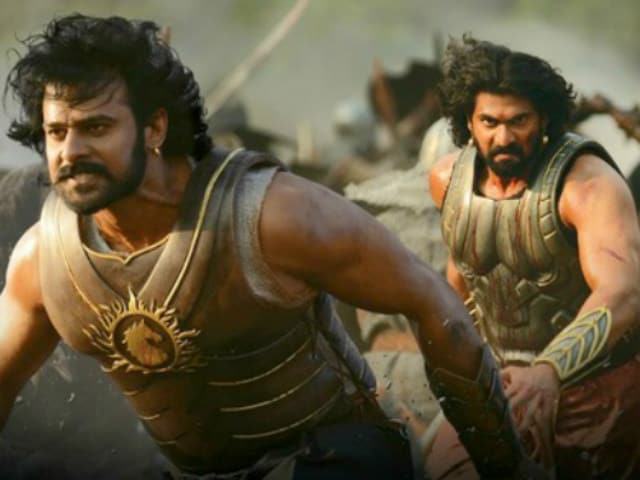 Prabhas and Rana Daggubati in a still from Baahubali 1

Team Baahubali continues to spring surprises at us. After the trailer of Baahubali: The Conclusion released online earlier than scheduled on Thursday, the makers of the film have revealed that the first part of S S Rajamouli's magnum opus will be re-released a week ahead of the second instalment, reported mid-day. Rajamouli revealed the reason behind their promotional strategy and told mid-day: "I believe very few people missed it (part 1) but re-releasing the film will pull everyone back into the narrative. We collectively arrived at the decision that it will be great idea to go ahead with a pan-India release."
The first part of the epic drama, Baahubali: The Beginning, made over Rs 650 crore worldwide and won the National Award for Best feature Film. Meanwhile, Baahubali: The Conclusion has already made Rs 500 crore through the sale of distribution and satellite rights ahead of its release.
Producer Shobu Yarlagadda also told mid-day that Baahubali 2 will prove to be a more successful version of the first part. "The combined budget of both films is Rs 400-450 crore. We didn't earn profits for part one, but are sure of making a lot of money with the second film, which will compensate for the previous outing," the producer told mid-day.
The trailer of Baahubali: The Conclusion sort of attempted to reveal the secret behind the film's cliffhanging moment, when Katappa killed Baahubali. When asked about it, Rajamouli said the audience would eventually go with the flow of the story once it starts, such is the script. "They would totally immerse into the storyline and narration," he said at the trailer launch event in Hyderabad, reported Telugu Cinema. The trailer of Baahubali: The Beginning was forced to be released after a 'Facebook bug' initiated leaks ahead of the scheduled time.
Watch the trailer of Baahubali: The Conclusion here:

The ensemble star cast of Baahubali comprising Prabhas, Rana Daggubati, Anushka Shetty, Tamannaah Bhatia, Ramya Krishnan and Sathyaraj will reprise their roles in the much-anticipated film which is scheduled for April 28. Baahubali: The Conclusion will release in Tamil, Telugu and Hindi on April 28.