Baahubali: The Conclusion - What You Can Look Forward To Other Than The Release

After the release of Baahubali: The Conclusion, a VR film called The Sword of Baahubali, will be screened across 100 locations in 20 cities 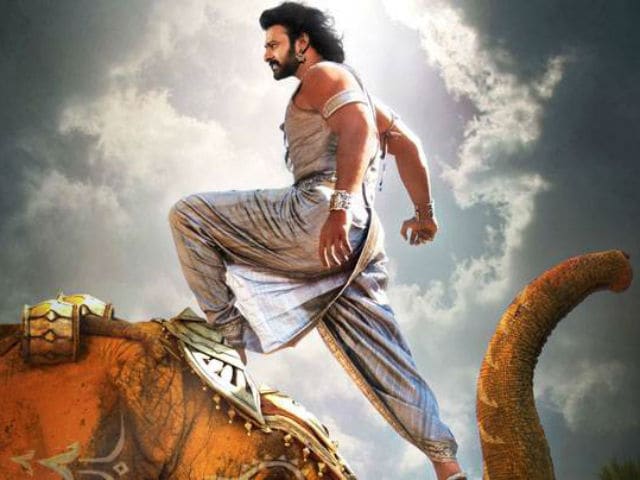 It's one of the most anticipated films of the year. As the release date of April 28 nears, the buzz around Baahubali: The Conclusion is only witnessing a steady increase. Nearly two years after the release of Baahubali: The Beginning in 2015, people are still eagerly awaiting the answer to the question, 'why did Katappa kill Baahubali?' The prequel is touted to be grander and greater than the first part and the film's team is confident of keeping the audiences glued to their seats. In a chat with the producer of the film, the dashing Shobu Yarlagadda, we discover that even well after the release, the makers Arka Mediaworks have planned to feed the audiences' Baahubali craving with a very New Age entertainment experience that blends the fictitious historic past in the film with the technology of the future. We also learn about their plans to break records along the way, making it the biggest release ever for an Indian film worldwide.
Producer Shobu Yarlagadda gives us a sneak peek into what audiences can look forward to, "The second part is going to be on a much grander scale than before. Basically, the first part introduced the characters and the story. Now the second part will focus on a lot more drama and emotions. Consequently, the action also will be much more." So one can envisage it's going to be a grand and bitter battle for revenge culminating in the final war sequences involving the mighty Amarendra Baahubali and the ambitious Bhallala Deva, which was shot for 120 days. Even the volatile equation between the beautiful Devasena and queen Sivagami is touted to come into focus in part 2.
Arka Mediaworks is leaving no stone unturned to give audiences a high quality of entertainment that they now associate with brand Baahubali. "This part is much richer in production values and visual effects (VFX). Around 35 studios in nearly 10 countries are currently working on the Computer Graphics (CG) works for Baahubali 2. Around 800 people are involved in this work across the globe right now."
What is the reason for the distribution of work among so many studios worldwide? Mr Yarlagadda elaborates, "Firstly, one studio alone can't handle the entire load of the work involved, so we had to split it. Secondly the CG work has been distributed according to the specialty of each studio. That's why we have chosen to work with so many studios globally. Certain kinds of animation are a specialty of certain studios. Like war scenes have been allotted to 5 studios while songs and certain scenes are given to others. Kamal Kannan is our VFX supervisor who leads the team. We have strict Quality Control (QC) measures in place and the relevant software to co-ordinate it all."
Baahubali's Big Summer Bonanza 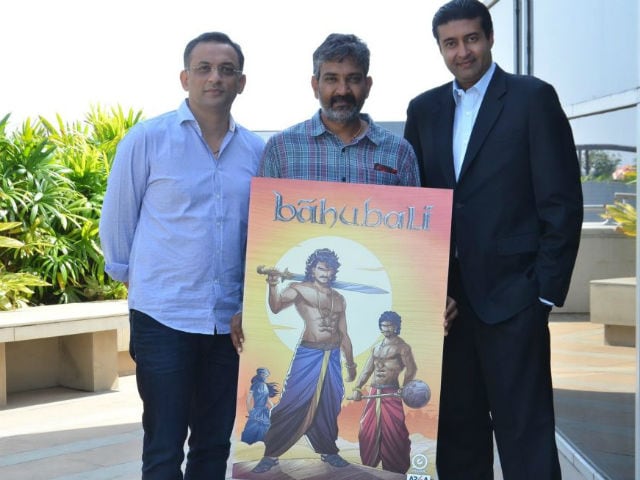 One of the highlights of Baahabali : The Conclusion will be the Virtual Reality experience for audiences. Says Shobu Yarlagadda, " Our production house along with AMD Radeon Technologies Group, the graphics and chips company, have developed the BB360 camera for shooting a Virtual Reality (VR) film based on Baahubali's kingdom. This VR film will be in a league of its own, making it a one-of-its-kind experience worldwide. The film is called The Sword of Baahubali, which will be screened across India, in 100 locations in 20 cities. For a fee, the viewer can walk into a technically designed kiosk, wear special glasses called the HTC Vive and experience in VR, a travel through the kingdom of Mahishmathi, interacting with the citizens. The producers plan to give this surprise package to the audiences this summer. "As the film is releasing on April 28, soon after the initial euphoria stabilizes, we will start showing The Sword of Baahubali in 20 cities across India, in the months of May and June. That way, the audiences can still continue their involvement and engagement with the film and its iconic, larger than life characters."
The shoot maybe over but after the ongoing CG work is complete, the first copy will be ready only in the next 10 days. After that, the makers have planned a record-breaking worldwide release, "We will be releasing Baahubali: The Conclusion in around 6,500 screens in India and another nearly 2,000 screens overseas, totalling nearly 8,500 screens. It's a record of sorts, making it the biggest release of an Indian film globally."
The film stars Prabhas, Rana Daggubati, Anushka Shetty, Tamannaah Bhatia, Ramya Krishnan, Nasser and Sathyaraj. The music is by the legendary MM Keeravani.