Another Baahubali Update: No, Shah Rukh Khan Won't Make A Special Appearance After All

Shah Rukh Khan is not a part of Baahubali 2. The official Twitter handle of Baahubali: The Conclusion revealed that SRK, alas, won't be doing a cameo as reported 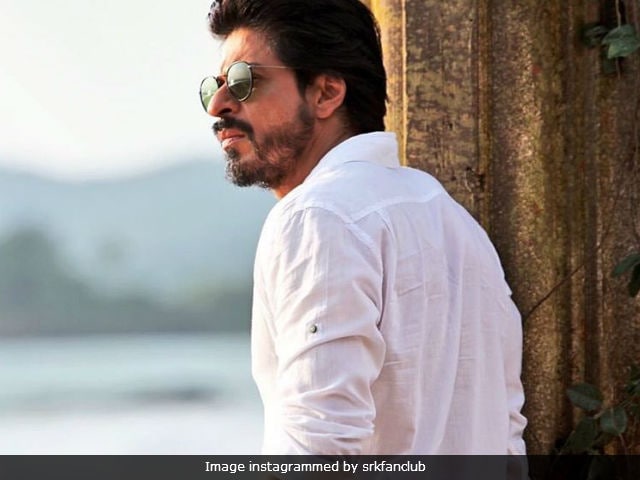 Alas, the rumour was too good to be true. Reports that Shah Rukh Khan was to make a special appearance in Baahubali: The Conclusion sent the Internet into overdrive on Tuesday, only for the excitement to be punctured by a tweet from the makers dismissing the rumour as false. "We would have loved to have @iamsrk in our movie! Who wouldn't? But unfortunately, it's a rumour! Not true! #Baahubali2," read the tweet, swiftly deflating an euphoric social media. It was speculated that the 51-year-old actor will make a special appearance in the film, reported Mumbai Mirror. The report also stated that SRK will feature as a peacemaker between the titular Baahubali and the villainous Bhallala Deva, played respectively by actors Prabhas and Rana Daggubati.
Here's the tweet that confirmed Shah Rukh Khan won't make a special appearance in Baahubali: The Conclusion:


We would have loved to have @iamsrk in our movie ! Who wouldn't ? But unfortunately it's a rumour! Not true ! #Baahubali2

This was not the first rumour regarding Baahubali 2 and Shah Rukh Khan which went viral. Earlier, it was being speculated that Baahubali 2's first teaser would be released with Shah Rukh Khan's January release, Raees, reported news agency PTI.
Baahubali: The Conclusion is scheduled to open on April 28. It has already made a pre-release business of over Rs 500 crore through its distribution and satellite rights. Apart from Prabhas and Rana Daggubati, actors Anushka Shetty, Tamannaah Bhatia and Sathyaraj will reprise their roles. Karan Johar's Dharma Productions is responsible for the Hindi release.
The film will track the love story of Devasena (Anushka Shetty) and Amarendra Baahubali (Prabhas)and Bhallala Deva's subsequent rise to power.
Meanwhile, Rana Daggubati, who features as Bhallala Deva, told PTI that the concluding part of the film is "bigger, better, stronger and mightier".
(With PTI inputs)