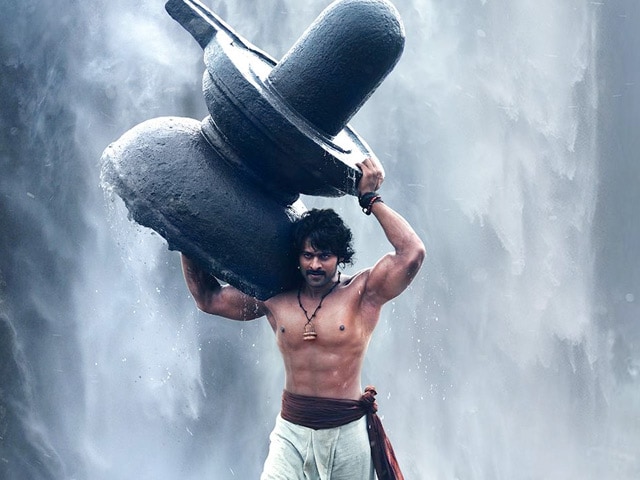 The earnings beat the record of Rs 21 crores set by Robot, by a huge huge margin.

The Hindi version of S S Rajamouli's blockbuster Baahubali: the Beginning just made a historic Rs 100 crores and some, a first of its kind record for dubbed films.
With Rs 103 crores at last count, the earnings far outstrip those of the previous best performer - Rs 21 crores collected by Robot, the dubbed Hindi version of Rajinikanth's Enthiran.
Remarkably, the movie has been in theatres four weeks and competition includes the towering presence of Salman Khan's Bajrangi Bhaijaan.
Trade analyst Taran Adarsh tweeted:

Filmmaker Karan Johar, who presents the film and holds the distribution rights to the Hindi version, tweeted:

Baahubali, which hit the screens on July 10 in Telugu, Tamil, Malayalam and Hindi, is the first South Indian film to rake in over Rs 300 crores in just nine days of its release. Starring Prabhas and Rana Daggubati as a pair of feuding brothers who fight for control of an ancient kingdom, Baahubali is believed to be the most expensive Indian film ever made.