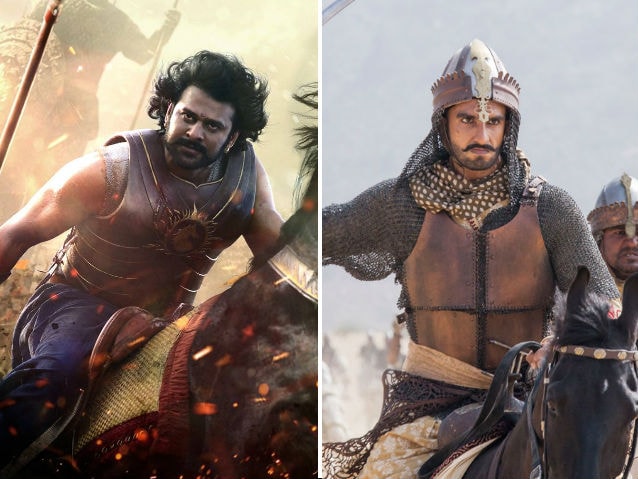 Filmmaker S S Rajamouli, who is basking in the success of his latest film Baahubali: The Conclusion, will soon start working on his next film, a big budget adventure fantasy film. Sources close to the filmmaker revealed that the maverick director is considering casting either his Baahubali hero Prabhas or Bajirao Mastani actor Ranveer Singh in the project with will be made in Hindi, Tamil and Telugu. Rajamouli, who is a self-confessed fan of director Sanjay Leela Bhansali, is reportedly impressed with Ranveer's recent films and believes that the Ram Leela actor 'fits the bill perfectly' for his next movie.
Rajamouli is currently on vacation in US and sources say that he has plenty of time to decide who to cast in the film as it will begin next year. Meanwhile, Prabhas, who hadn't signed a single film or endorsement for the five years he was working on Baahubali, is completing two small films. Prabhas will be next seen in action thriller Saaho. Rajamouli's team is also confident that if the director collaborates with Prabhas again "it would do wonders in trade circles."
Rajamouli and Prabhas' Baahubali 2 is currently ruling the box office globally. It is the first Indian film to cross Rs 1,000 crore mark worldwide and has shattered several Bollywood records too.
Ranveer Singh is currently filming Sanjay Leela Bhansali's Padmavati, in which he plays the antagonist Alaudin Khilji, who invaded the fort of Chittor in the hope to capture Rani Padmini, who as legend has it committed juahar after Khilji's invasion. Deepika Padukone stars as Rani Padmini while Shahid Kapoor plays her onscreen husband Ratan Singh.
Padmavati is scheduled to release in November.