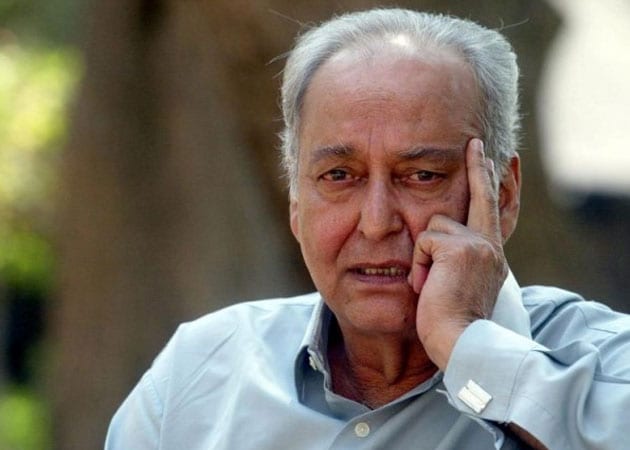 "We had umbilical ties with FTII. These people do not have such a relation with the institute," said Mrinal Sen

Indian cinema veterans Mrinal Sen, Buddhadeb Dasgupta and Soumitra Chatterjee have come out in support of the students of Film and Television Institute of India (FTII), who are protesting against the appointment of actor Gajendra Chauhan as its chairman.
Legendary filmmaker Mrinal Sen, a former chairman of FTII's governing council, said that those appointed have no umbilical ties with the institute.
"I feel very bad. There is no background. We had umbilical ties with FTII. These people do not have such a relation with the institute. It won't work if you don't have that relationship with FTII," Mr Sen told a television channel.
The protest is in its 41st day now with the students also voicing apprehensions on the appointment of five other members of the FTII Society. Students have also demanded transparency, in the functioning of the institute.
Thespian Soumitra Chatterjee said that the appointments are political since the five members do not have the requisite body of work to back their inclusion in the institute.
"It's not only Gajendra Chauhan. There is the five-member council too. They do not have the body of work or basic contribution to Indian cinema that can support their appointment. It is clearly understood that it's a political appointment," Mr Chatterjee said.
The five members of the FTII society -- Anagha Ghaisas, Shailesh Gupta, Narendra Pathak, Pranjal Saikia and Rahul Solapurkar -- are in the eye of the storm with students alleging that they have links to BJP and RSS and also lack the required credentials. Bollywood actress Vidya Balan and filmmaker Rajkumar Hirani are also a part of the society.
Filmmaker Buddhadeb Dasgupta said students have the right to protest against the appointments.
"Institutes like the Satyajit Ray Film and Television Institute of India and FTII have been accorded status of national importance. Everybody is raising doubts on the capabilities of the new chairman. Students have the right to protest and I can only support them," Mr Dasgupta said.