Blog - Flying Kabali Class: On Board the Rajinikanth-Special Plane 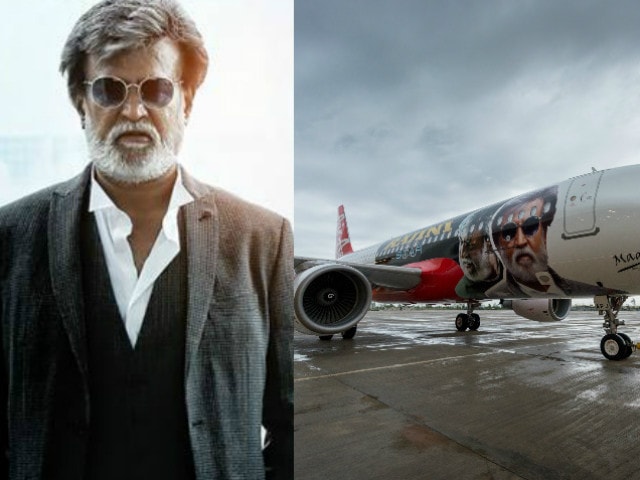 On each seat was a Rajini-style peach-coloured stole and round sunglasses. After the usual safety demonstrations, the cabin staff also demonstrated how to put on that stole - with a swish over one shoulder. And how to pop on the sunglasses - with a preliminary twirl

I would not describe myself as a morning person. So what was I doing heading to the airport at a time I would consider the middle of the night?
Kabali Da! 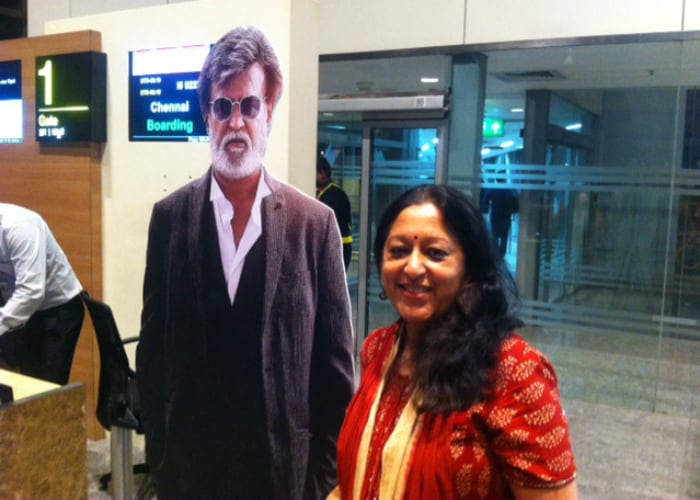 NDTV had bought tickets on the special Air Asia flight from Bengaluru that was taking fans to Chennai for first day first show of superstar Rajinikanth's Kabali. The Airbus A-320 has been specially decorated with Kabali livery. 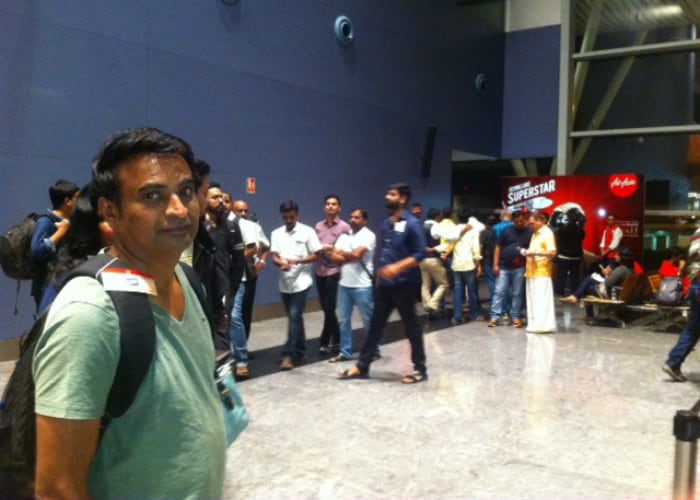 Outside the airport at 5am, next to a cutout of the actor, we spoke to some fans. 'I am Neruppa, da!" said one - kind of summing up the mood of the 180 passengers on the flight. 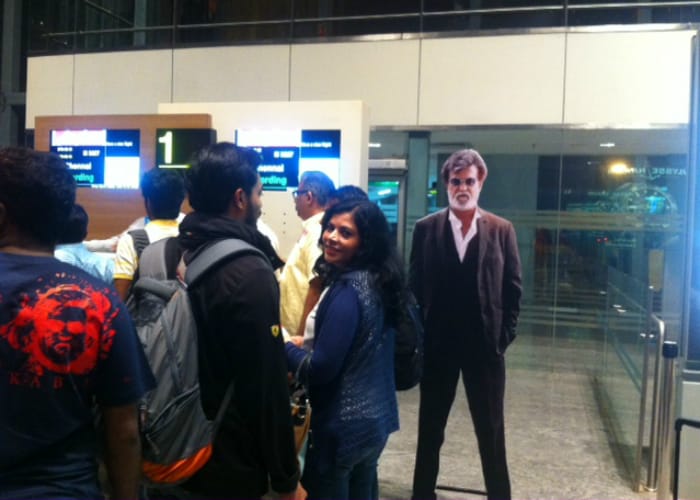 We checked in and got through security - with boarding passes that had Thalaivar's image on them. At Gate 1 - fans had queued up to board the aircraft.
One man told us,"Rajini went from Bangalore to Chennai. He was a bus conductor in Bangalore - I think Route 127."
Another said,"I wanted to be in Chennai, Rajini's town, for first day, first show." 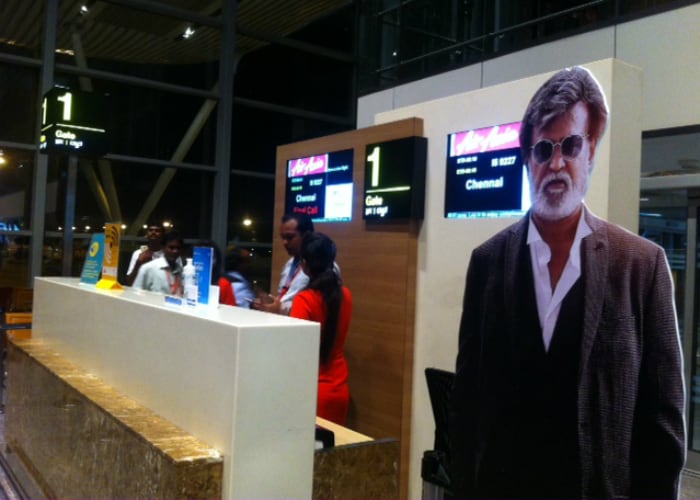 And onto the aircraft. On each seat was a Rajini-style peach-coloured stole and round sunglasses. After the usual safety demonstrations, the cabin staff also demonstrated how to put on that stole - with a swish over one shoulder. And how to pop on the sunglasses - with a preliminary twirl.
As the aircraft began to gather speed for the take-off, there were cries of 'Neruppa Da!' and 'Kabali Da!'
In a lucky draw, Shivpriya seated in 23B won a Rajinikanth sofa that would be delivered to her house. She had flown in from Mumbai to Bengaluru for the flight. Shivpriya was barefoot as she walked to the front of the aircraft to receive the token - and she said,"I am going to see my god. I don't need footwear!"
The short flight was soon over. As the plane taxied to a standstill, songs from the film played to the accompaniment of whistles from the passengers. The fans left the aircraft for their real destination, the cinema. Rajinikanth and Kabali - first day, first show in Chennai.
Once there, some turbulence was experienced after a smooth flight. The scheduled viewing was moved from the upmarket Satyam theatre, included in the Rs 8,000 ticket price for the trip, to the Prasad Labs preview theatre. Angry fans protested, as organisers scrambled for tickets to a Satyam show.
But there was a happy - if delayed - ending, with Satyam tickets organised for a noon show. And the return flight to Bengaluru being rescheduled.
And so we head to Kabali at Satyam. Perhaps we could have slept in a bit more in Bengaluru if we had known the show we would finally watch would only be after 12 pm.
But for so many - a new Rajini film is worth losing sleep over...
Watch:

(Maya Sharma is Resident Editor - News, NDTV 24x7.)
Disclaimer: The opinions expressed within this article are the personal opinions of the author. The facts and opinions appearing in the article do not reflect the views of NDTV and NDTV does not assume any responsibility or liability for the same.