Chiranjeevi And Pawan Kalyan Team Up For The First Time 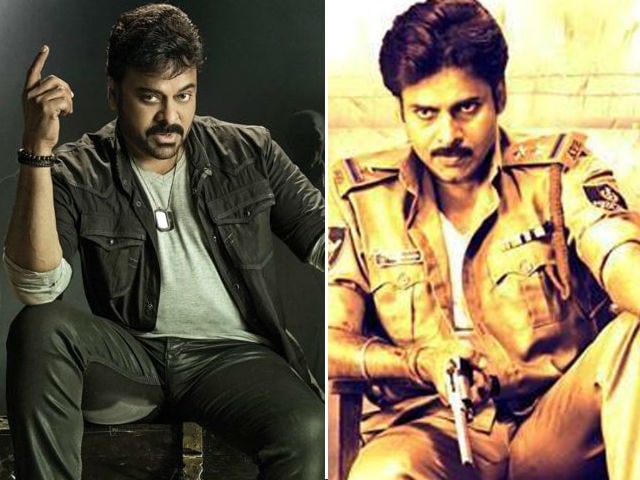 Chiranjeevi and Pawan to co-star in director Trivikram's next film

After making a grand comeback after eight years with his movie Khaidi No. 150 this year, actor-turned-politician Chrianjeevi is set to team up with his brother, superstar Pawan Kalyan in director Trivikram's next yet-to-be-titled Telugu project, reports news agency IANS. The 61-year-old actor had taken a break from films post his 2007 movie Shankar Dada Zindabad, which was a remake of 2006 Hindi film Lage Raho Munna Bhai, directed by Prabhu Deva. Chiranjeevi's latest film Khaidi No. 150 was the fastest south Indian film to make Rs 150 crore. Politician-producer T Subbarami Reddy released an official statement in which he announced the coming together of the two major stars Chiranjeevi and Pawan for a project.
"After watching Chiranjeevi in Khaidi No 150, I felt that I should return to producing movies. Then, I felt that Trivikram will be the best director to make this movie. Pawan Kalyan is also on board. I will be co-producing the film with Ashwini Dutt," Mr Reddy said in his statement, reports IANS.
Producer T Subbarami Reddy is well known for his films like Jeevana Poratam, State Rowdy, Gangmaster and Bhagavad Gita. Mr Reddy's 1993 Sanskrit film Bhagavad Gita had also won National Film Award for Best Feature Film at the 40th National Film Awards.
Pawan Kalyan was last seen in the 2016 film Sardaar Gabbar Singh opposite Kajal Aggarwal and Sharad Kelkar. The 45-year-old actor is currently busy shooting for Telugu action film Katamarayudu, which will be directed by Kishore Kumar Pardasani. The film also features Shruti Hassan in the lead role.
(With IANS inputs)