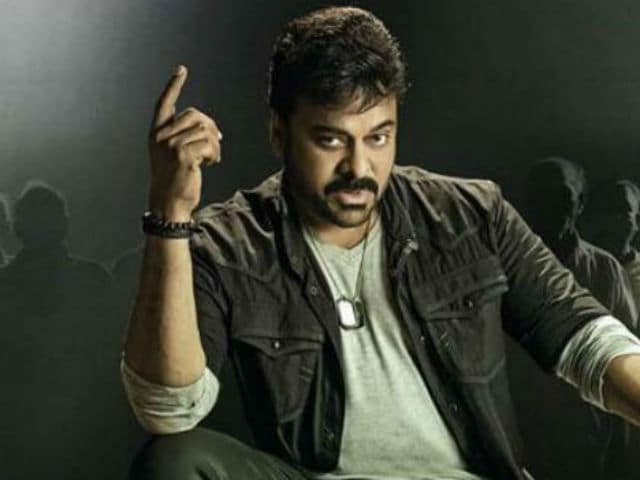 Ram Gopal Varma's rather rude tweets about the poster of Telugu film Khaidi No 150have been dismissed by the film's star Chiranjeevi, who countered RGV's criticism with polite disdain. In one of his several Twitter rants, RGV accused Chiranjeevi of 'narcissm' and sarcastically said that 'Madame Tussauds would throw half her museum out for this' - 'this' being a poster featuring Chiranjeevi in a seated position. Cudgels were taken up on Chiranjeevi's behalf by his brother Nagendra Babu or Nagababu, upon whom RGV's wrath was turned in an incredible number of tweets. Chiranjeevi, 61, addressed the press at his Hyderabad residence on Monday, reported the Indian Express and said, "People react differently in different situations. He (Nagababu) was hurt and he reacted. I too was hurt, but I didn't react. I try to keep a positive outlook towards things. The more we focus on criticism, the more will be its value, so I gently ignore and turn deaf to it. I believe my fans would also think so."
A week or so ago, Ram Gopal Varma denounced the poster of Khaidi No 150 in these tweets:


Wowwww Madame Tussaud will throw half her museum out for this ..Want to touch feet of designer and director and who convinced mega star pic.twitter.com/P9uud4mW6j

This is upper limit of the height of narcissm and the lower limit of the depth of its opposite ..Wilhelm Hegel would have kissed Mega Star pic.twitter.com/l2zo0cqFlT

There's more in the same vein. Enraged, Nagababu lashed out at the director and asked him to make good films before taking on an actor of Chiranjeevi's stature, reported India Today. RGV, many will remember, did make acclaimed films like Satya before being undone by turkeys such Ram Gopal Varma Ki Aag, his ill-fated remake of Sholay.
Nagababu's criticism prompted an astonishing series of tweets against him from RGV, who appeared to have out-ranted himself for once. There are far too many to reproduce here so we'll pick just a couple of tweets:


Naga Babu saar many families ran becos of my career nd ur career runs only becos of ur brother's family.. if u want I can tweet more on this