Dhanush on Pushing The Envelope and Becoming a Household Name 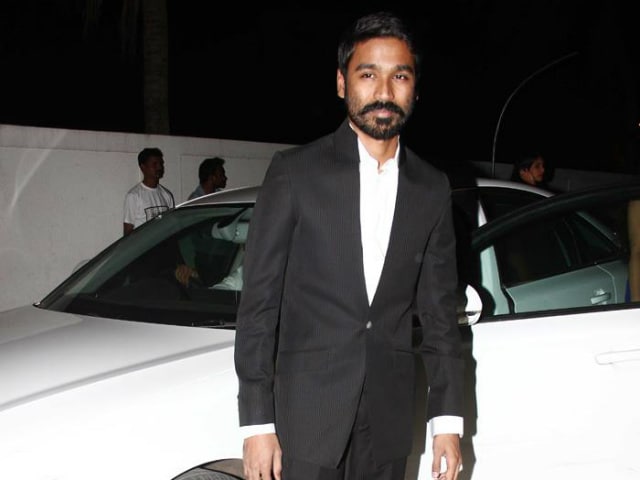 Dhanush is known for his work in films such as Raanjhanaa

"I always view cinema holistically and for me, it's never been language-specific. With the advent of the Internet, I feel borders are shrinking. Slowly, the concepts of East and West, Hollywood and Indian, are vanishing," Dhanush said

The entry of Bollywood lead heroines Priyanka Chopra and Deepika Padukone into Hollywood this year, seems to augur well for Indian talent. Many Bollywood actors including Irrfan Khan, Anupam Kher, Anil Kapoor, Tabu, Shabana Azmi, Kabir Bedi and Om Puri have made a name for themselves in Hollywood already. One leading hero from the Southern industry, perhaps the only one to do so, who is also making his Hollywood debut, is Dhanush.
A National Award-winning actor, singer, writer, lyricist and producer, Dhanush has constantly pushed the envelope. With Kolaveri Di, he became a household name in the country, only to soon master Hindi and step successfully into Bollywood with Raanjhanaa. Producing internationally recognised and award-winning films like Kaaka Muttai and Visaranai, he seems to be constantly endeavouring to promote fresh talent and good cinema.
For most, all this would be an achievement in itself. But Dhanush sprung another surprise when he announced his Hollywood debut. Despite a busy calendar with his Tamil films, the actor now preparing for his lead role in director Marjane Satrapi's The Extraordinary Journey Of A Fakir Who Got Trapped In An Ikea Wardrobe. The film is based on a French best-seller written by Romain Puertolas. He will be in the august company of stars like Uma Thurman and Alexandra Daddario who plays hero Aja, a conjurer from an Indian colony of artists.
'Borders are shrinking'
Moving from Kollywood to Hindi movies and now to Hollywood, Dhanush seems to view it all as a natural progression in this new age of cinema. He had earlier tweeted about his elation in signing his first Hollywood film. Yet in another interview, he had also revealed that 'the role' excited him more than the fact that it was his Hollywood debut. Speaking to iFlickz in an exclusive chat about this crossover to Hollywood, Dhanush concedes, "I always view cinema holistically and for me, it's never been language-specific. With the advent of the Internet, I feel borders are shrinking. Slowly, the concepts of East and West, Hollywood and Indian, are vanishing and the focus is moving towards talent, good content and the right fit for the right role."