Dhanush: Power Pandi Is About 'Embracing Love And Positivity'

Dhanush, who is making his debut as a director with Power Pandi, said his movie is an outcome of embracing love, positivity and peacefulness 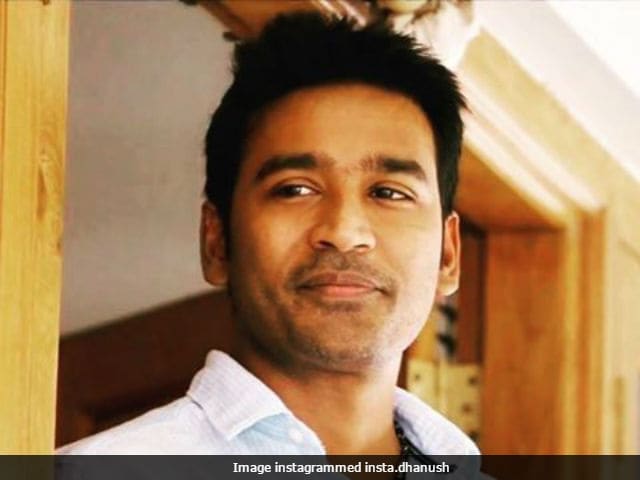 Dhanush will next be seen in VIP 2 co-starring Kajol (Image courtesy: insta.dhanush)

The trailer of Power Pandi, Dhanush's debut film as a director, was released on Wednesday. In an interview to news agency PTI, the 33-year-old actor turned filmmaker said his upcoming movie is about 'embracing love and positivity'. He said: "In life, there is good, evil, love and hatred. What we desire, choose, and need to pursue is in our hands. Power Paandi is about the outcome of embracing love, peacefulness and positivity around us." The film, which features Rajkiran in lead role, is scheduled to release in theatres on April 14. Prasanna and Chaya Singh will also be seen playing pivotal roles in the movie.
Praising the lead actor of his film, Dhanush told PTI that he has been a 'fan' of Rajkiran since he featured in En Raasavin Manasule, directed by his father Kasthuri Raja. He said: "Balu Mahendra sir used to say that a movie will demand and grab whatever it needs; a film that fails to do so will not come out well. In this movie, Rajkiran sir's child-like innocence did that job. It all started with my father's directorial debut En Raasavin Manasile. The film provided a significant break to my dad in the industry and (improved) our family's economic condition. He was my superhero then."
"When I approached him for Power Paandi, he accepted it even without reading the script," Dhanush added.
Power Pandi also features Revathi in a pivotal role. "Revathi madam is a legend, and I have seen young actresses set her performance as a benchmark. I was curious to see the magic she will bring in front of the camera. Just an hour into the shoot, she stunned me with her performance. The filmmaker in her imbibed everything effortlessly. She is an asset to the movie," Dhanush told PTI.
Revathi, who's last Bollywood movie was Margarita, With a Straw, also spoke about her appearance in Dhanush's film Power Pandi. The 50-year-old actress told PTI: "In the last ten years, I have taken up acting projects only in two Tamil films: Amma Kanakku and Power Paandi, both for Dhanush. At this age, I cannot expect screen presence throughout the film. Though my role has limited screen time, I had a sense of satisfaction when Dhanush narrated my role in Power Paandi."
The music of the film has been composed by Sean Roldan, who gained critical acclaim for his work in Balaji Mohan's Tamil-Malayalam bilingual Vaayai Moodi Pesavum. Speaking about his equation with the music composer, Dhanush told PTI: "I wanted to use the sounds of indigenous instruments like Thavil and Nathaswaram, and luckily Sean Roldan was also in the same mindset. Sean comes from a family of Carnatic legacy. His knowledge of music is extensive. He is a real blessing to this film, and his music is the soul of Power Paandi."
Dhanush will next be seen in VIP 2, directed by Soundarya Rajinikanth. The film also features Kajol in lead role.