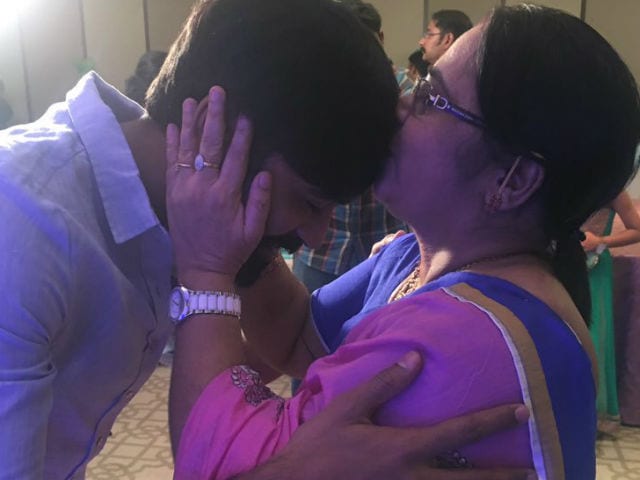 Actor Dhanush confirmed on Sunday that his first Tamil film as director Power Paandi will release worldwide on April 14, next year, on the occasion of Dhanush's mother's birthday. The film stars veteran actor Raj Kiran in the title role while Dhanush will appear as Raj Kiran's younger version in a cameo. Dhanush also shared a poster of the film with the release date and soon after the film started trending on Twitter with hashtag #PowerPaandi. The film revolves around the life of a few stuntmen. Dhaush's fans and colleagues wished him luck and praised the film on social media.
Dhanush tweeted:


Power paandi #dd1 will release on 14-4-2017. Happens to be my mothers birthday #blessedpic.twitter.com/x4VVpdtmUi

Dhanush's brother Selvaraghavan guaranteed that audiences will fall in love with the film.


Saw almost the whole film. I can guarantee you will fall in love with him, a power packed #PowerPandi Rajkiran sir. https://t.co/MtCf5rRUB4


Cannot wait for all of you to see this one truly !!!! #Original ..you will fall in love with #Pandihttps://t.co/pmEr0z2wha


Will be one of the most important landmarks of ur career in films @dhanushkraja sir..for now & for the future #DD1https://t.co/DjTGRmnbRL

Power Paandi, which is being produced by Wunderbar Films, also stars Prasanna and Chaya, and has music by Sean Roldan.