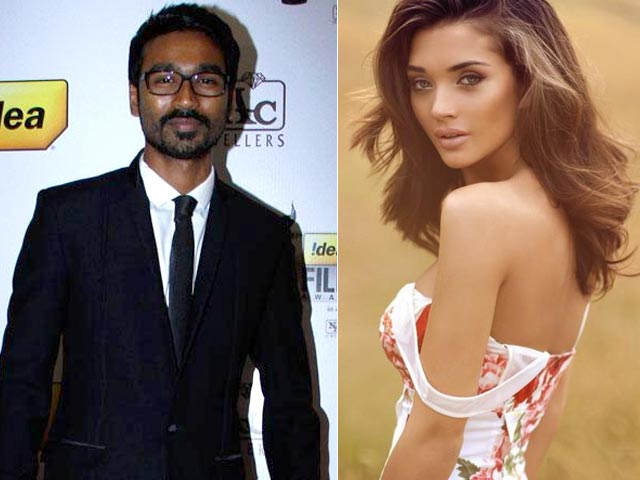 Dhanush recently wrapped up Shamitabh and Amy will be next seen in I. (Image on the right was posted on Twitter by Amy Jackson)

Tamil superstar Dhanush is all set to team up with British actress Amy Jackson in a yet-untitled Tamil film. The project will mark his second collaboration with director Velraj after recent blockbuster Vela Illa Pattathari.

VIP team is getting back again.February shoot. @iamAmyJackson will be playing d female lead. Title will be revealed soon :)

Dhanush-produced Vela Illa Pattathari has emerged as the biggest hit of the year. It raked in over Rs 50 crore at the box office on a budget of Rs 8 crore.

Dhanush, who recently wrapped up work on R Balki's Shamitabh, is currently shooting for Tamil romantic-comedy Maari. He is also awaiting the release of Tamil romantic-drama Anegan.