Dhanush's Co-Star in Upcoming Tamil Film May Be Al Pacino

Al Pacino has reportedly been approached for a role in Dhanush's next Tamil film. The filmmakers are apparently working out on dates and details with the Hollywood star 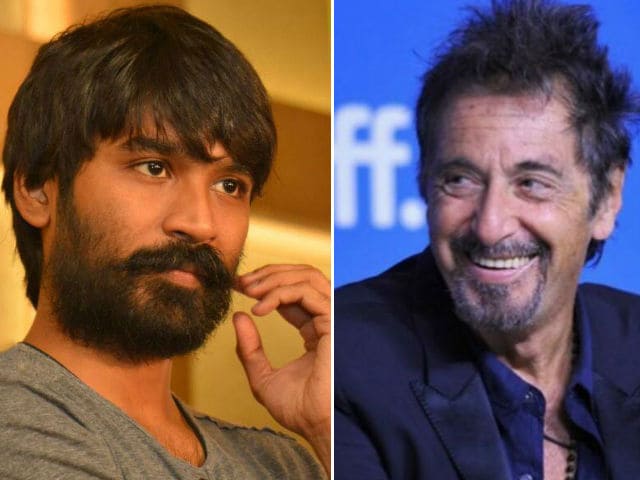 Yes, you read that right.
Hollywood star Al Pacino has reportedly been approached for director Karthik Subbaraj's Tamil film which stars superstar Dhanush in lead role. The makers are negotiating dates and details with The Godfather actor, reports Times of India.
A source told TOI: "The makers of the film wanted a Hollywood actor. They have approached Al Pacino to play the part, and are negotiating the dates and other details. We are yet to know if he will be finalised - guess a formal announcement will be made soon. Also, a major portion of the film will be shot in the US, so they can get the Hollywood star to shoot there itself."
The yet-untitled film is Dhanush's first collaboration with Karthik Subbaraj, who previously helmed Pizza and Jigarthanda. His last film Iraivi released in June and was critically acclaimed.
Meanwhile, Dhanush, who was last seen in Thodari is awaiting the release of Kodi, which releases on October 28. The other releases of the weekend are Karan Johar's Ae Dil Hai Mushkil and Ajay Devgn's Shivaay.
National Award-winning actor Dhanush, a superstar in south, has starred in Bollywood films Raanjhanaa (his debut) and Shamitabh.