"I'm so proud and honoured to announce our production's next film," Dhanush wrote on his Twitter page 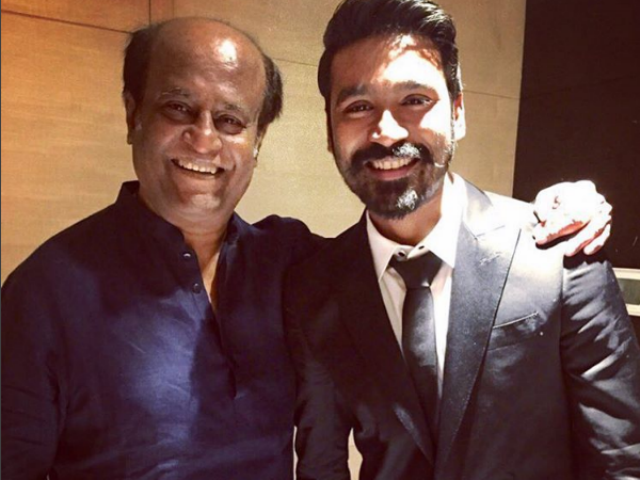 'Kabali fever' may well continue for fans of actor Rajinikanth. On Monday, his son-in-law Dhanush announced on Twitter that he would be producing Rajinikanth's next film after 2.0, the sequel to Enthiran that's currently being filmed.
In his tweet, Dhanush revealed that Kabali director Pa Ranjith would reunite with Rajinikanth for the announced film, with Dhanush's Wunderbar Films producing.


I'm so proud and honoured to announce our production's next film #WunderbarFilmspic.twitter.com/7T3tmy4Cre

Dhanush, who is married to Rajinikanth's daughter Aishwaryaa, did not reveal whether he would make an appearance in the movie.
There is speculation that the film could be a sequel to Kabali, which released last month to great fanfare. Rajinikanth, 65, starred as a Malaysia-based mob boss and, while no official box office figures are available, it's safe to say the film was a blockbuster hit.
Monday was a big day for the family with Aishwaryaa being appointed United Nations Women's Advocate for Gender Equality and Empowerment.
Meanwhile, Rajinikanth is currently making the sci-fi 2.0 with director Shankar and actor Akshay Kumar, who plays the villain.