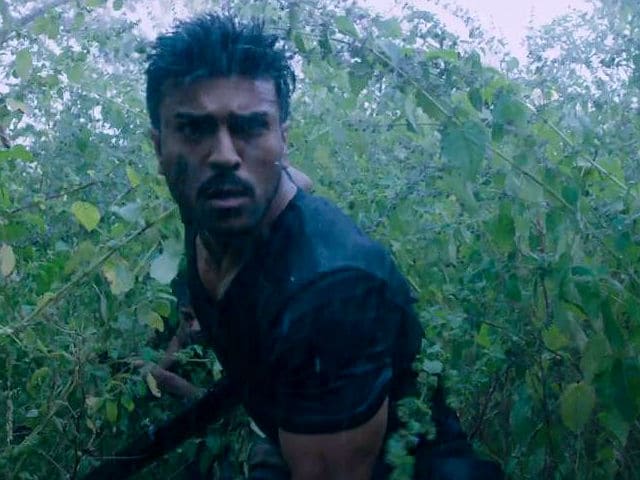 Ram Charan in a still from Dhruva

Telugu actor Ram Charan shared the trailer of his much awaited film Dhurva in which he plays the role of a cop, who wants to eradicate the root of evil. Ram Charan plays a no-nonsense IPS officer in the Surender Reddy-film. Dhurva is the Telugu remake of Tamil blockbuster Thani Oruvan which featured Jayram Ravi in lead role. Actor Arvind Swamy plays the antagonist opposite Ram Charan. V was also the villain in the film's Tamil version. The almost two-minute trailer is packed with spectacular visuals and high octane action sequences. Ram Charan chases the small time criminals to corner the bigger ones and his journey is filled with thrilling stunts and chase sequences.
Ram Charan, worked with Rakesh Udiyar, who mentored Bollywood stars Salman Khan and Aamir Khan in Sultan and Dangal respectively, to work on his looks and physique to get what we see in the trailer. The first part focuses on Ram Charan's (as Dhurva) work out regime and the pains he took get the rugged look. Ram Charan was last seen in Bruce Lee - The Fighter in which he played the role of a stuntman and therefore, it seems, he made a swift transition.
From the trailer we also know that Dhuva is mission-oriented and focused on putting the crime perpetuated by Arvind Swamy's character to an end. Nothing, not even love, can come between Dhurva and his goals. Actress Rakul Preet Singh, who is cast opposite Ram Charan, was disappointed to hear Dhuva say: "Love doesn't suit me. My mind and focus, everything is different."
Watch the trailer here: