"I have been reading plenty of news on the separation of me and Amala based on random assumptions and false information. I would like to make it clear that the only truth in that is the separation and rest all is untrue," said Vijay 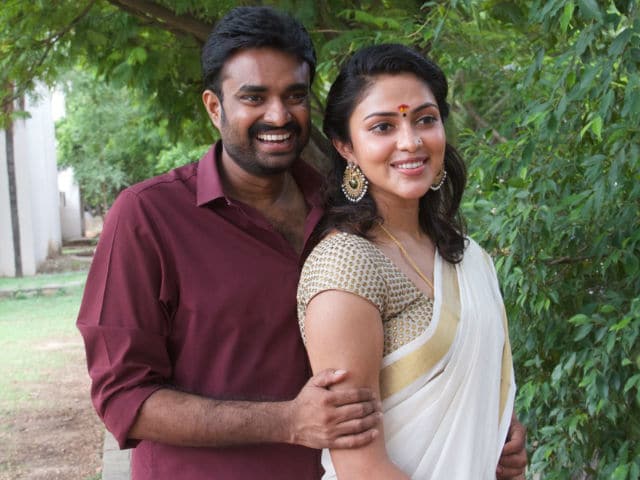 This image was posted on Facebook by Amala Paul

Tamil director Vijay appears to have rethought the "I will abide by my parents' decision" statement that he was reported to have made when it was revealed that his wife of two years, South star Amala Paul, was filing for divorce. In an indignant and lengthy statement, Vijay now says that it's not true the marriage failed because he and his family disapproved of Ms Paul's refusal to quit working.
Vijay describes this as a 'new-found accusation,' appearing to ignore his father's interview to a Tamil TV channel in which he blamed Ms Paul's 'signing spree' for the dissolution of the relationship.
News agency IANS reports that Vijay has made this statement: "I have been reading plenty of news on the separation of me and Amala based on random assumptions and false information. I would like to make it clear that the only truth in that is the separation and rest all is untrue. The reason behind the separation is unknown to anyone but me. I'm conscious about my social responsibility; I have so far directed 9 films. I have always portrayed women in my films with dignity and self-respect, and it reflects the amount of respect I have towards them. I strongly advocate women and their freedom of choice."
This bit specific to the accusation that Vijay and his parents didn't want Amala Paul to work: "When Amala wanted to continue her career in films, I supported her to the best of my ability. And she continued acting even after marriage. The new found accusation that I or my family was stopping her from work is completely untrue."
What, then, are we to make of Vijay's father, producer A L Azhagappan, telling Sathiyam TV this? Translated from Tamil by International Business Times: "Amala has been committing many movies after their marriage that had led to issues between them as Vijay didn't like it. She had then decided not to commit any more films. However, she is now on a signing spree and acted in Suriya's Pasanga 2, Dhanush's Amma Kanakku and his upcoming film Vada Chennai. We can't take it anymore and even talked to her parents, but she was not even listening to us. I am not sure what Vijay has told her regarding this, but our son is important for us. The news you heard about them getting divorced is 100% true and will be done legally."
Vijay's statement doesn't explain. What it does say is this: "The base for any marital relationship is honesty and trust and when that is breached the very existence of committed relationship becomes meaningless. I really value the institution of marriage and relationship a lot. Not even in my worst dreams, did I think it will end. But yes, today I don't have any choice. With lot of pain in my heart, I have decided to move on in life in a dignified manner."
Certainly Amala Paul, 28, is getting on with hers. Her new Malayalam film Shahajanum Pareekuttiyum, opened last month, at about the same time that it was reported she and Vijay were divorcing.
Twitter agreed that Ms Paul is better off without the family she married into. "A little late to the outrage party, but slow applause," tweeted one user. "Can't believe career vs marriage is an actual conversation today. She made the right choice," wrote another.
Amala Paul, who makes films in Tamil, Telugu and Malayalam, is best-known for her work in movies like Mynaa, Run Baby Run and Naayak.
She married Vijay, who has three films releasing this year, in a grand ceremony in 2014.